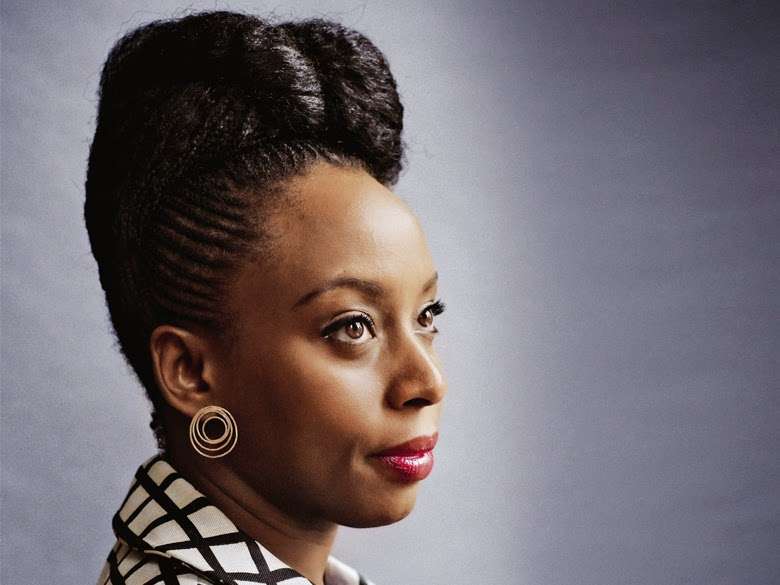 Renowned author, Chimamanda Adichie has said that the way Jesus Christ treated women is a symbol for gender equality.

According to her, many people who often use the Bible to justify their stance on how they treat women haven’t really considered how Jesus treated women.

”When you use the bible to justify what in my opinion is injustice, the problem with this is that, I want to then ask you, let’s talk about the new testament, let’s talk about Jesus Christ, because, in general, Christianity really is about the coming of Christ.

Now, let’s, actually look at the bible. And it’s important also when you, you know, you selectively pick things from the old testament.

If you actually go and read about the history of the bible, you’ll start to understand that the stories are rooted in particular cultures.

Now, look at Jesus and look at… let’s look at how Jesus treated women.

Jesus came from a society that was very patriarchal. The Jewish people at that time did not give any regard to women, like many cultures all over the world.

Jesus came, and suddenly Jesus is treating women as though they’re his equals. Jesus is talking to women. And the old-fashioned Jewish people were scandalized. Because they were like, how can you be giving women this kind of honor. But Jesus is making a point there.

When Christ first rises, who gets the message that he has risen?”

”That’s a very very important symbol, which people like to overlook because it’s important for us to selectively pick the parts of the bible that justify our own prejudices. And if you really want to talk about the old testament, then I have many things that I want to point out to you that you’re not doing that the old testament says that you should do.”

A member of the audience pointed out that men and women were created differently, therefore it is flawed to say they are equal.

”If God created a man with 9 ribs and a penis and then he created a woman with 7 ribs and a vagina, it’s not balanced from the beginning. So the argument that a man and a woman  should be equal is never going to be balanced.

If God wanted us to all be equal, he would have created us as hermaphrodites.”

In reply, Chimamanda explained that men and women are indeed different, but equal.

If we were the same, then we wouldn’t even have the problem we have. Because the reason that women have been opressed and suppressed and subjugated is because they’re different from men. And when I say ‘different’, I mean biologically different. Obviously, you talked about vaginas and penises.

Now, we’re talking about equality of the sexes.

There have been movements for other kinds of equality. So, in parts of the West, there’s a movement for racial equality.

Nobody tells black people, nobody says to them, ‘Does this mean you want to be white?’ or ‘Do you think you’re the same as white people?’

You’re Black and you’re White but the point is that you have equal access. That’s what this conversation is about. ”