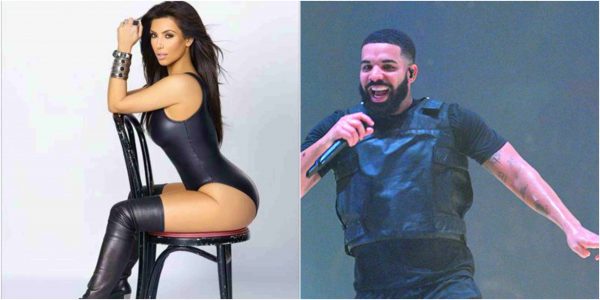 Kim Kardashian has weighed in on the viral report of her romance with Drake and she has denied ever having anything to do with the singer, romantically.

Recently, there have been growing speculations that the Kiki character on Drake‘s viral hit “In My Feelings” may actually be referring to Kim Kardashian with people believing that both celebrities may have had an affair in the past.

The mother of 3 and wife of rapper Kanye West is roped in this controversy, thanks to Kiki being her nickname and thanks to it being the colour of one of her KKW Beauty lipsticks.

That’s a theory that’s being fueled by Nick Cannon, who’s out here theorizing that Drake was going to reveal details of the said affair on an unreleased track.

Cannon appeared on ‘Everyday Struggle’ where he tried to break down his thoughts which got one of the show’s host, DJ Akademiks to subtly agree.

A clip of the show was shared on Instagram, prompting the Keeping Up With the Kardashian star to comment, declaring: ‘Never Happened, End of Story’

It was however widely believed that the lingering feud between Kanye West and Drake was fueled by the purported romance between the In my feeling crooner and Kim Kardashian.