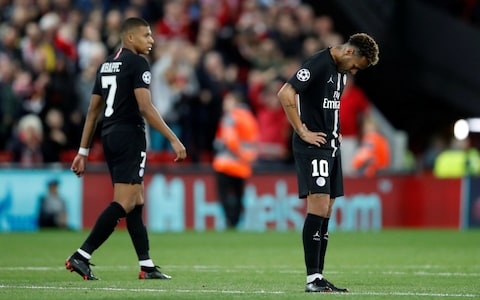 Liverpool manager, Jurgen Klopp, has revealed that he told his players to target Neymar’s left wing, in their 3-2 win over Paris Saint-Germain on Tuesday night.

Neymar was guilty of failing to track back for most of the game and Klopp confirms he had told his players to use the space the Brazilian leaves behind him.

Goals from Daniel Sturridge and James Milner put Liverpool in control, before PSG came back to level the game. Roberto Firmino came off the bench to score an injury-time winner.

“They were so strong and so good with the ball. We changed the system because we expected a change from them. Neymar on the left wing and Di Maira in the half space, so made defending a bit difficult.

“We needed all our focus. We did really well. We covered a lot of yards and closed gaps. When we had the ball we used the right wing. Neymar is a world class player, but not defender so we tried to do that,” Klopp told reporters afterwards.