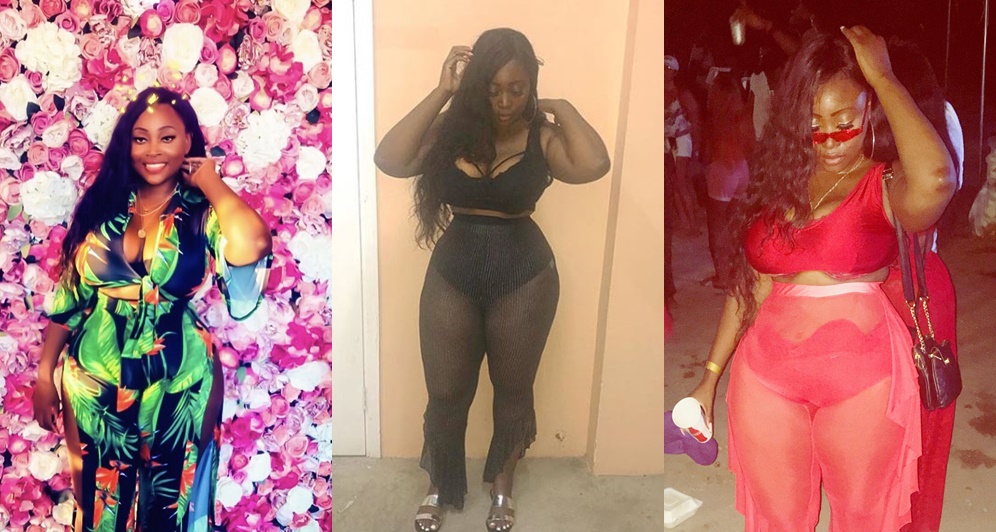 A slay queen simply identified as @CallMeKada on Twitter has decided to cause an uproar on the platform with her tweet. The young lady shared her view on p*ssy eating.

According to her, any male who decides not to eat a ladies p*ssy is really childish.

“Not eating p*ssy is really childish.” 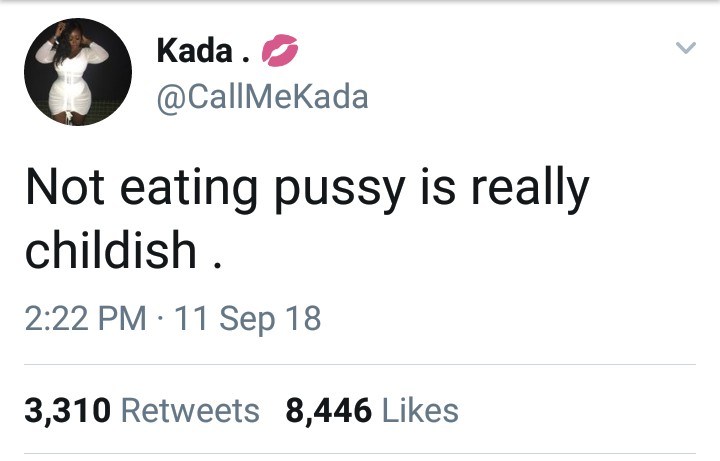 Her tweet has caused mixed reactions on the platform with some people voicing out their opinions.

See some comments below;

@blamefitz:- I understand that it’s an opinion you’re making but really and truly do you think you have a right to judge a person, according to your standard, for what they like to do or don’t do during sex, it’s ok to disagree with their choices but not so ok to judge others 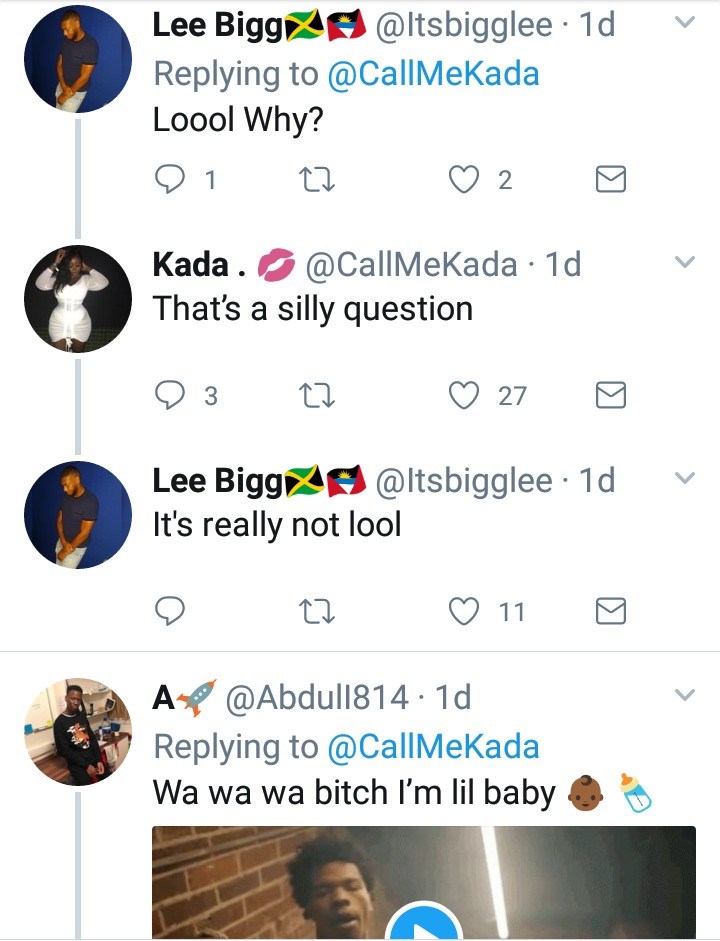 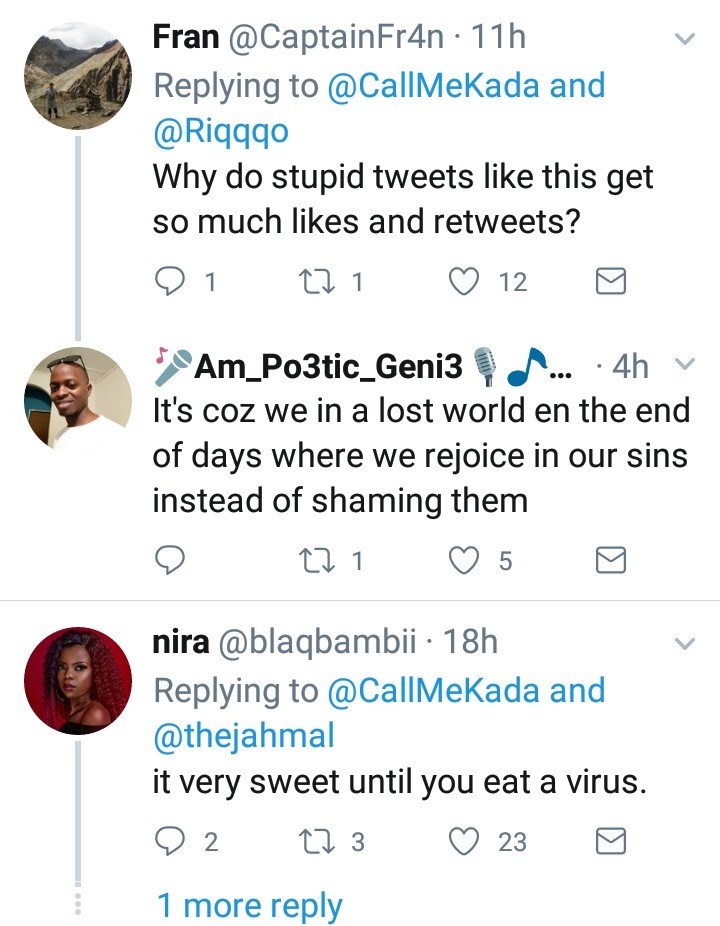 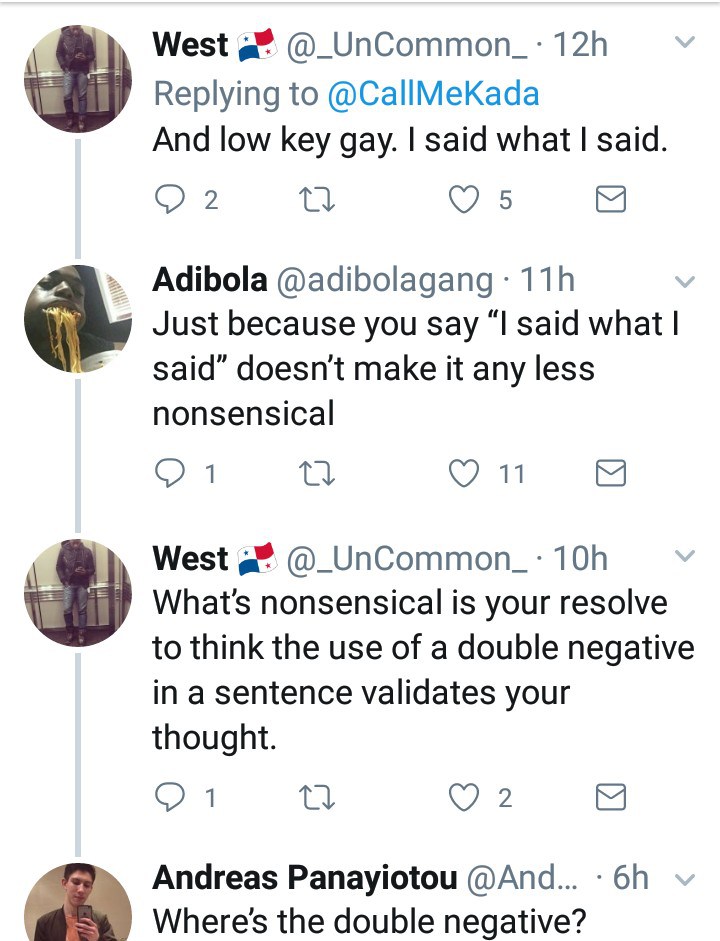 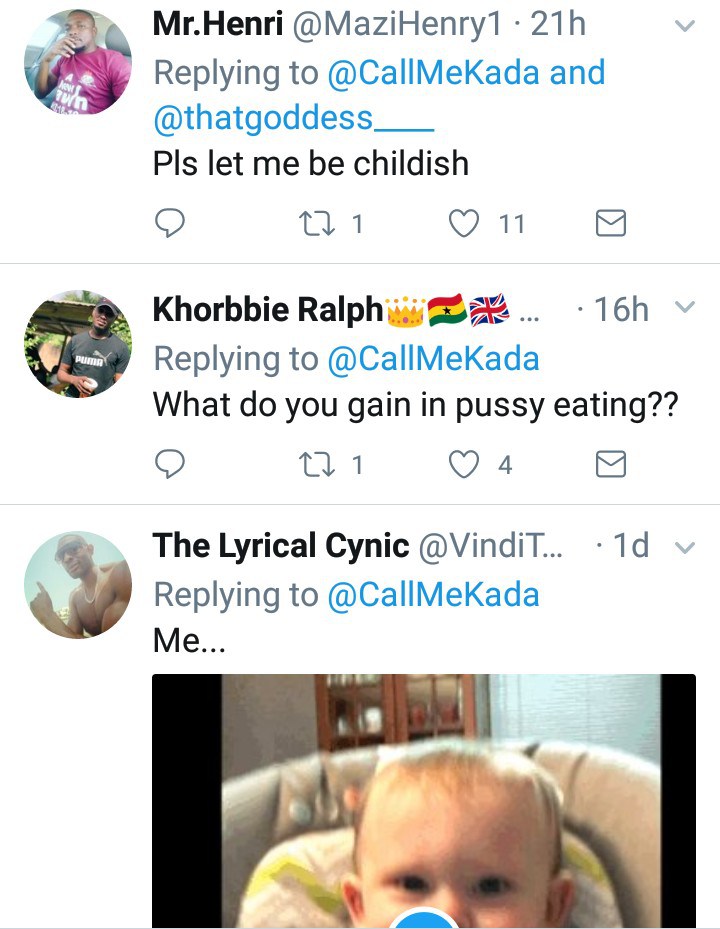 Share
Facebook
Twitter
WhatsApp
Previous articleBanky W Shares Story Of How Basketmouth Was His Unexpected Ray Of Sunshine During His Cancer Battle
Next articleDavido proposes to Chioma on social media and she responds..
- Advertisement -