Home Uncategorized Lady slaps and beats up her husband and his side-chic after she...
Facebook
Twitter
WhatsApp 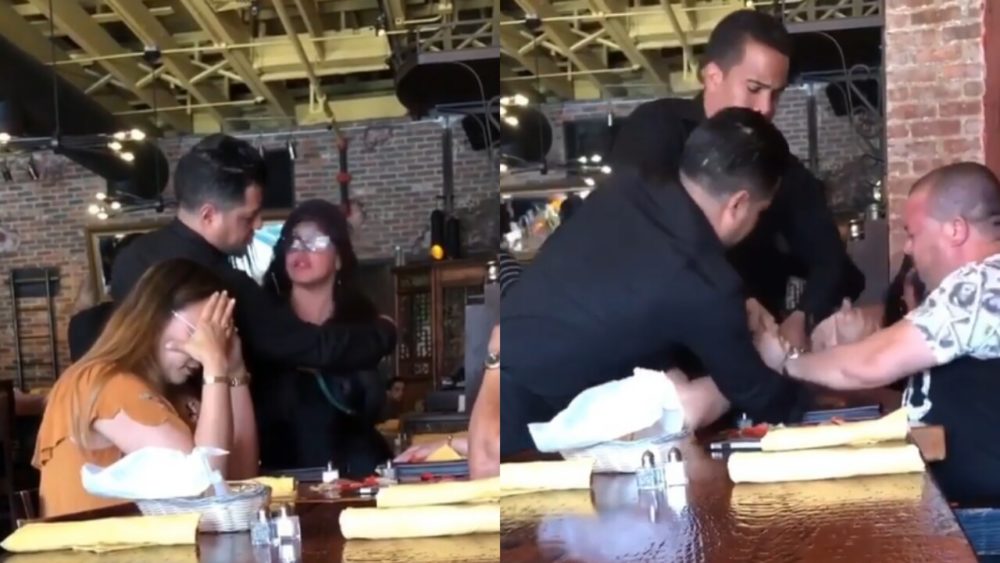 The thought of how women react when they catch their husbands cheating on them tend to be an interesting scenario to watch as we see a certain lady slapping and beating up her husband and his side-chic after she caught them having launch in a resturant.

In the video, the wife is seen scolding her husband in a language believed to be Spanish.

As she scolded him, she got even more enraged and slapped him across the face. Waiters stepped in and held her but she continued her tirade while her husband listened and the woman he was with bowed her head in apparent embarrassment.

After a while, when the waiters had relaxed their grip, the scorned wife manages to grab a handful of the woman’s hair and begins pulling it while everyone around, including her cheating husband, tried to free the woman’s hair from her grip.

The woman is heard crying at this point. Eventually, they managed to release her hair and she stood up and walked out of the restaurant. The husband also stood up and tried leaving with her while waiters held his wife away from them.