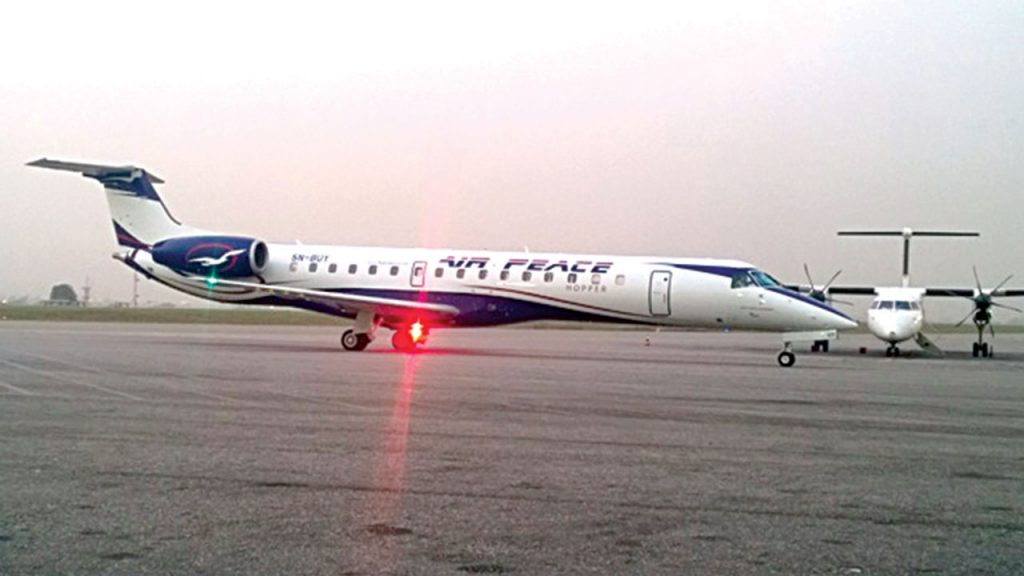 It has been reported that an Air Peace flight from Lagos to Owerri, Imo state on Friday made an air return following a false alarm made by a passenger that there was smoke in the cabin.

According to Daily Trust, this prompted the Captain to turn around to confirm the authenticity of the passenger’s claim.

However, after checks by Air Peace engineers, it was confirmed that there was no smoke anywhere in the aircraft.

A statement by spokesman of Air Peace, Chris Iwarah, confirmed the development.

Iwarah said the Owerri-bound flight had to return to Lagos as a precautionary measure and in line with the airline’s zero-risk policy.

The flight, the statement said, landed smoothly in Lagos with passengers on board maintaining their calm.

“We confirm that our 9 a.m. Lagos-Owerri flight returned to base on Friday after one of our esteemed guests informed our crew that he was smelling smoke in the cabin.

“The aircraft landed smoothly in Lagos and our team of engineers immediately conducted thorough checks on the aircraft while all our guests calmly remained in their seats. The checks confirmed that there was neither smoke nor any other fault with the aircraft. Despite the assurances of our engineers that there was absolutely nothing wrong with the aircraft, we decided to transfer our valued guests to another aircraft to enable our teams do another round of checks in line with our high safety standards.

“We commend our valued guests for their calm disposition and cooperation while the checks lasted. Although checks by our engineers confirmed that the aircraft was in perfect working condition, we encourage our guests to always feel free to share anything they notice in our flight operations with us as critical stakeholders of the Air Peace family”, the statement said.

Meanwhile, the Nigerian Civil Aviation Authority (NCAA) has renewed the Air Operator Certificate (AOC) of the carrier after months of rigorous audit of its operations.

The AOC signed by the Director-General of the NCAA, Capt. Usman Muhtar, said Air Peace was authorised to undertake scheduled, cargo and charter operations.