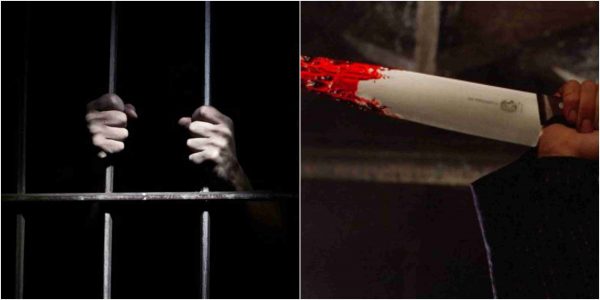 A man, Odunayo Ikudehinbu, has been remanded in prison by a High Court sitting in Akure, Ondo State, for allegedly killing his stepbrother, Segun Ikudehinbu.

The incident was said to have happened in Igbokoda, in the Ilaje Local Government Area.

It was gathered that the accused allegedly stabbed Segun during a heated argument between them.

Segun was reportedly rushed to a hospital, where doctors battled to save his life. He eventually gave up the ghost.

Upon hearing the news of the demise of his step-brother, Odunayo was said to have run away, but he was later apprehended by the police.

He was arraigned before the court on one count of manslaughter.

Initially, the trial was stalled due to the absence of a counsel for the accused, but one Olugbenga Adedibu later stood for him.

“That you, Odunayo Ikudehinbu, on December 3, 2017, around 10pm at Ayodele Compound, College Road, Igbokoda, did hit one Segun Ikudehinbu on the head with a lantern and stabbed him in the neck with a knife during a fight, which led to his death.”

The judge, Justice Samuel Bola, adjourned the case till October 2, 2018.