A cyclist who is reported to be a Moroccan has ridden his bicycle from Morocco to Nigeria and is set to embark on a new journey to nation’s capital, Abuja, from Kebbi where he is currently.

According to reports, the man who is a Muslim, said he wants to tour Nigeria and take pictures after hearing so much about the country. 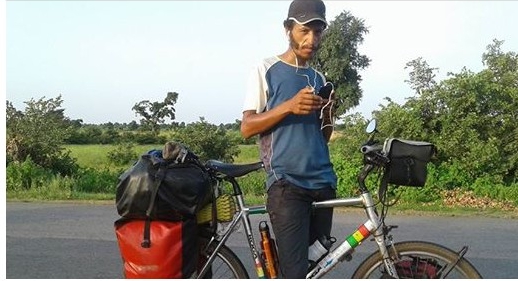 An eyewitness identified as Sani Musa Saminaka on Facebook, disclosed that he saw the Moroccan man today at Shanga local government area in Kebbi State as the man took pictures with the excited villagers who supported him for his journey. 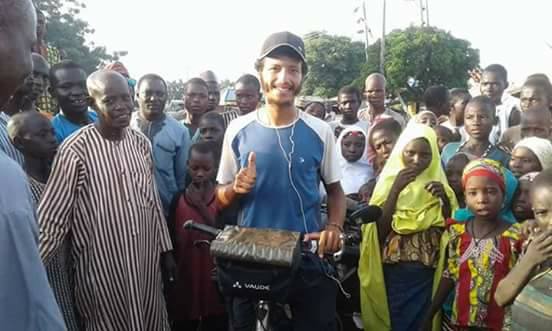 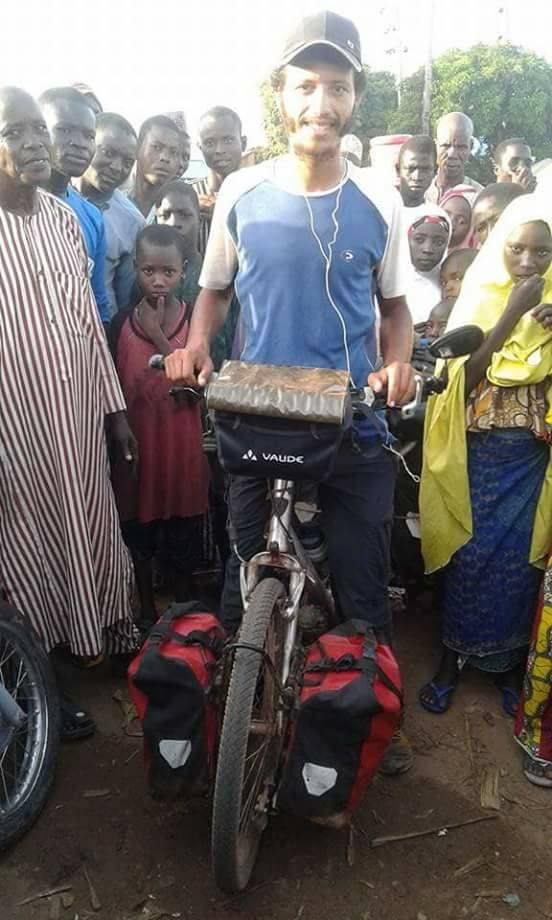 It was reported earlier this year (in February) that a Chinese female cyclist, Huang Shuang, rode from Morocco to Lagos, Nigeria, within five months. Huang, also known as CICI, said that she was inspired to embark on “cycling around the world’’ after riding around her country. 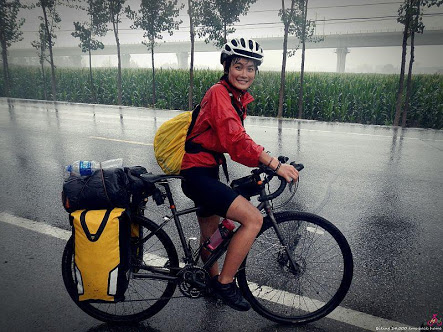 The cyclist said that her experience in China motivated her to begin global cycling in America where she covered about 5,500 km in two months.

“I am glad that I have also been able to ride from Morocco to Lagos, Nigeria. This is an indication that irrespective of our sex, we can achieve anything we set out to do.

“The whole idea about my cycling started when, one day, I decided to embark on a cycling trip around my country, China.

“After the trip around China, I was motivated to take my first cycling around the world to America, where I covered about 5,500km in two months.

“Now, I am in Lagos from Morocco, after I flew from America to France, where I cycled around Europe for four months, before taking a ferry from Spain to Morocco,’’ she said.