Manchester United have allegedly held “initial discussions” with Zinedine Zidane to replace Jose Mourinho. Those were the claims made by beINSports and reported by host Richard Keys. 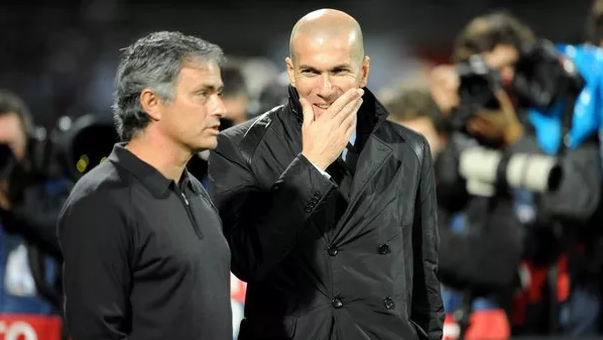 But the Red Devils have been quick to rubbish those rumours despite pressure growing on their manager following today’s defeat at West Ham.

However, Manchester Evening News’ James Robson says the club have described the claims as “nonsense”.

Mourinho is under huge scrutiny after United’s third defeat of the Premier League campaign and his ongoing fall-outs with record signing Paul Pogba.

The 3-1 loss at the London Stadium ensured it was the Old Trafford side’s worst start to a season in 29 years and odds on the Portuguese coach losing his job have been slashed.

Zidane, who was pictured in London this week, is currently without a club after leaving Real Madrid in the summer.