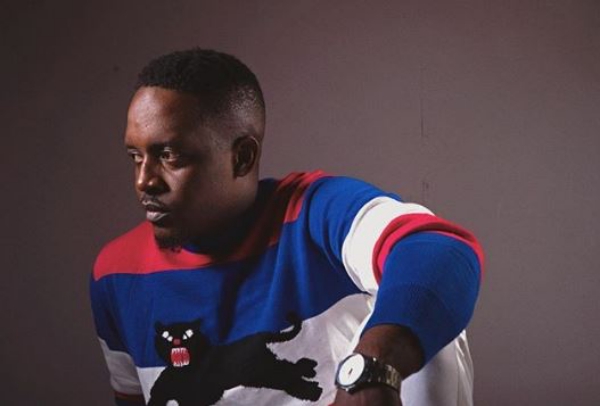 MI Abaga might be one of the boldest and most outspoken rappers around but he too has a weak side as he just revealed how he battled with emotional and personal self-esteem issues as an entertainer.

The rapper made this latest revelation on his Instagram page. According to him, he isn’t afraid to share his fears with fans and he hopes that it will free someone to share their fears too. 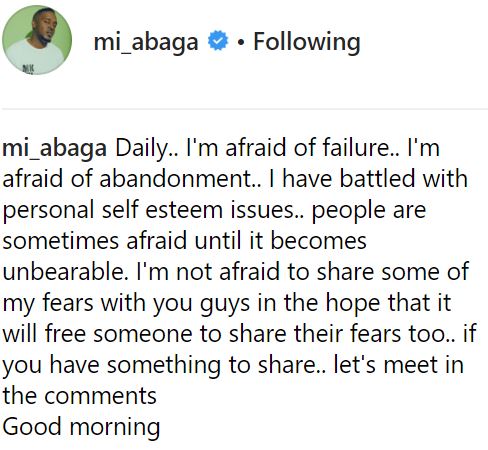 “Daily… I’m afraid of failure… I’m afraid of abandonment… I have battled with personal self-esteem issues… people are sometimes afraid until it becomes unbearable. I’m not afraid to share some of my fears with you guys in the hope that it will free someone to share their fears too… if you have something to share… let’s meet in the comments. Good morning”.

MI now joins a growing list of Nigerian entertainers who have all come out to reveal their battle with emotional and psychological issues.

Now is this a trend or just mere coincidence that celebrities are now coming out to talk about the personal things they have been going through. Depression is one major topic that has been on the front burner for a few months now.

The list of celebrities who have come out to talk about how they got depressed and were able to get over it seems to be on the increase. From Owen Gee, Waje, Niniola, Betty Irabor , Samklef and most recently, Harrysong, obviously the topic of depression can no longer be treated as a white man’s ailment.