A Nigerian man by name, Tasie-Amadi Wenenda couldn’t hide his pain after a police officer today in Port-Harcourt, Rivers state shot at his vehicle and damaged it in the process for reportedly dragging the road with a company vehicle. 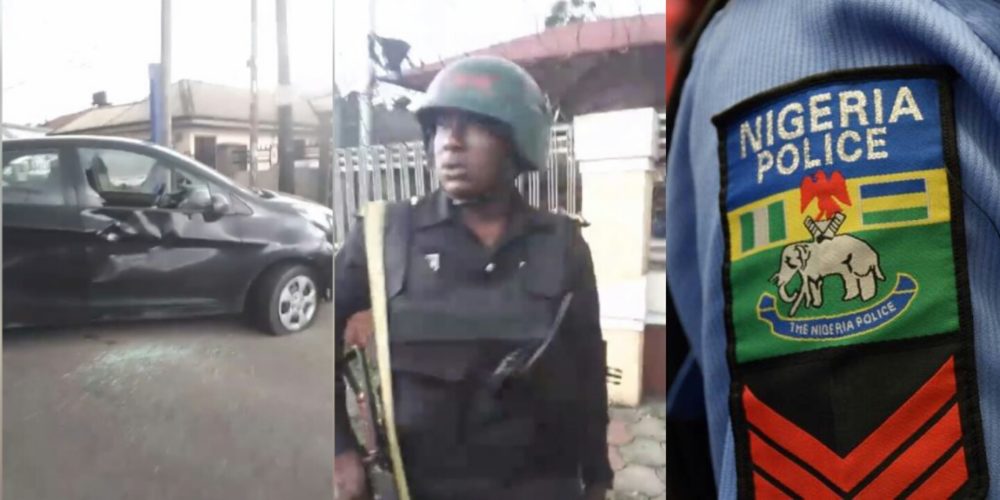 According to Tasie-Amadi Wenenda who took to Facebook to do a live video immediately after the accident, the company driver ran his car off the road and bashed it twice before the policeman attached to the vehicle, shot at his tyre four times. 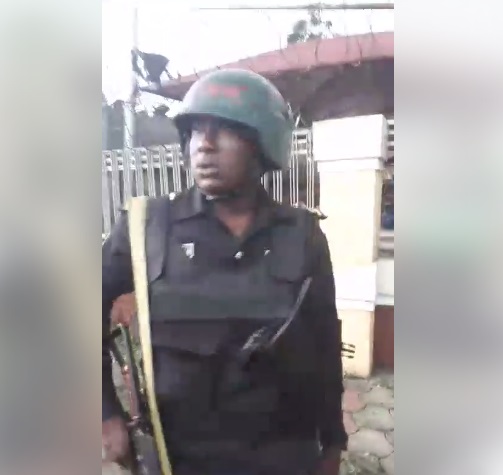 The incident caused a scene in the area as passersby gathered to see what had happened. 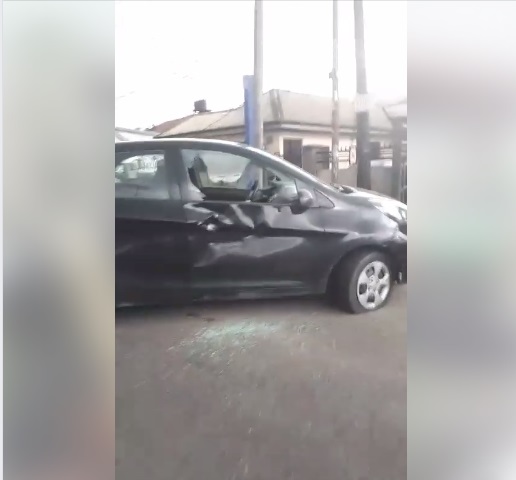 As strange as it sounds, i was just run off the road by a company driver and my tire shot at four times by a policeman escorting the car. The driver then went on to ram my car twice.

People have now gathered and their only explanation is that i overtook their car.” 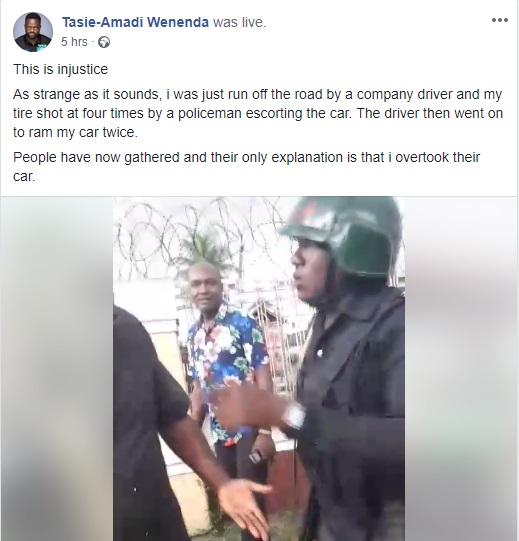