Home Trending Nigerians react to the Cardi B and Nicki Minaj fight and their...
Facebook
Twitter
WhatsApp 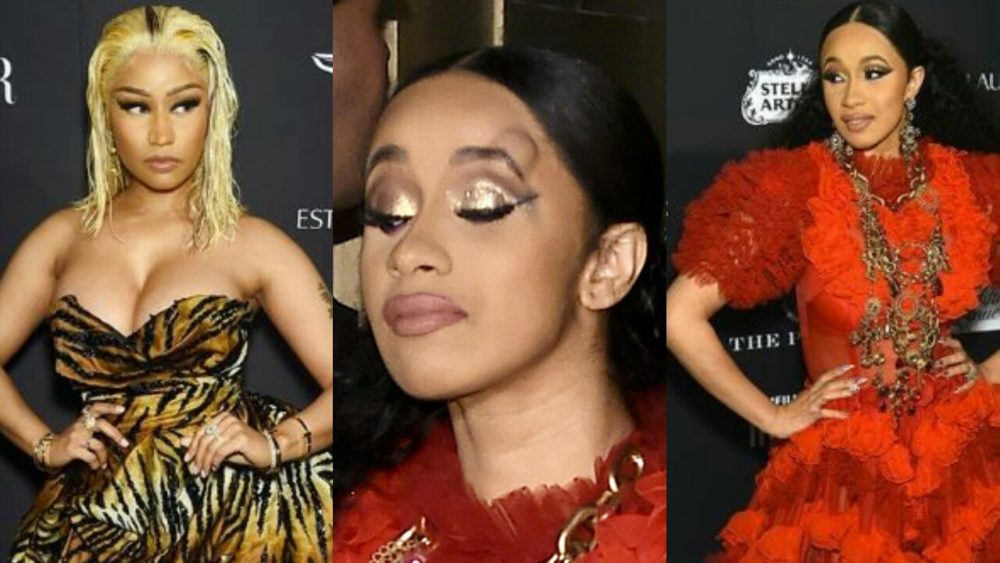 Cardi B and Nicki Minaj’s fight is currently making waves on twitter as Nigerians drop their hilarious comments as they react to their fight at the Harper’s Bazaar’s in New York last night.

According to eyewitnesses, Cardi B aggressively approached Nicki who was with her crew at a table at the party, and said she wanted to speak with Nicki and address the lies she was spreading about her.

As she was talking aggressively, a security protecting Nicki elbowed Cardi B in the face and that was when she lunged towards Nicki but fortunately, security stopped her. Cardi then removed her shoes and hauled it at Nicki, missing her.

Read their funny tweets below; 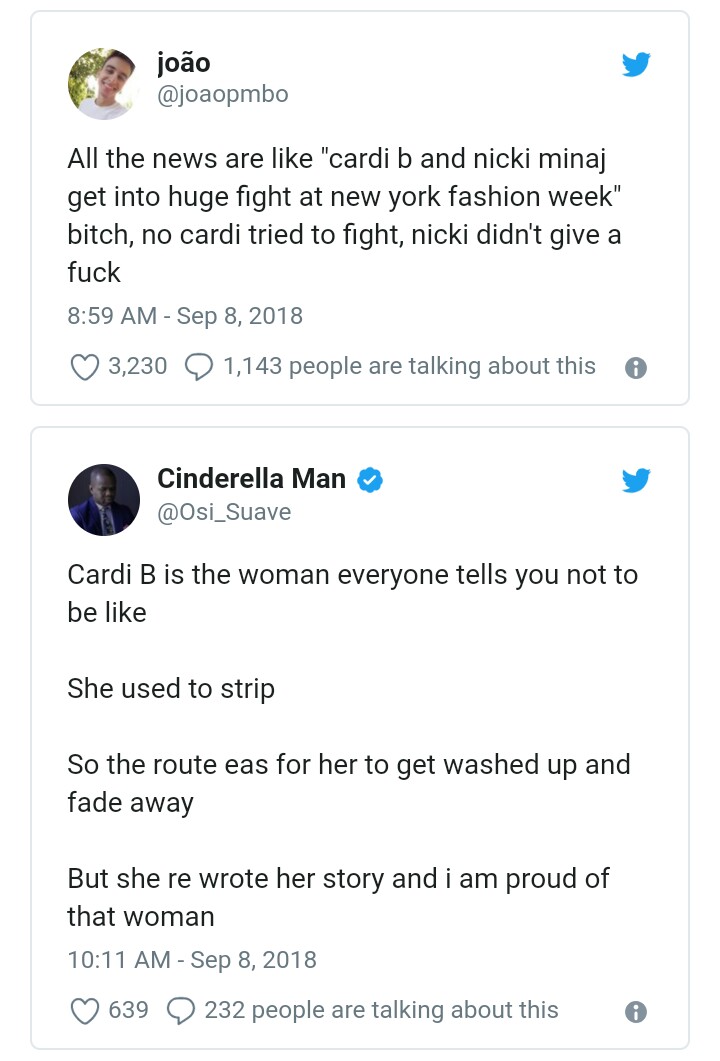 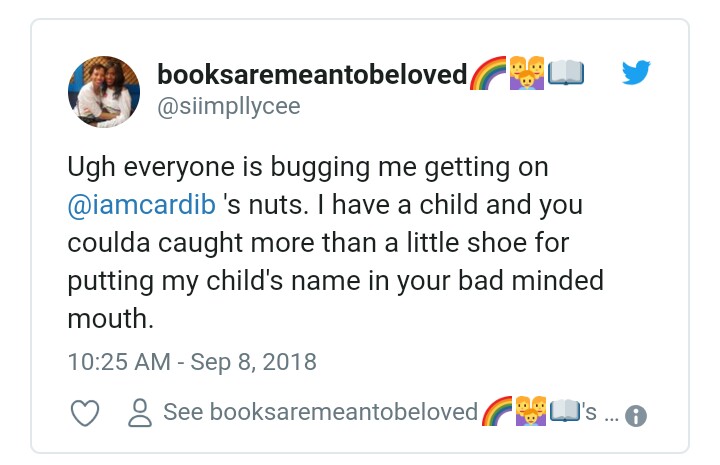 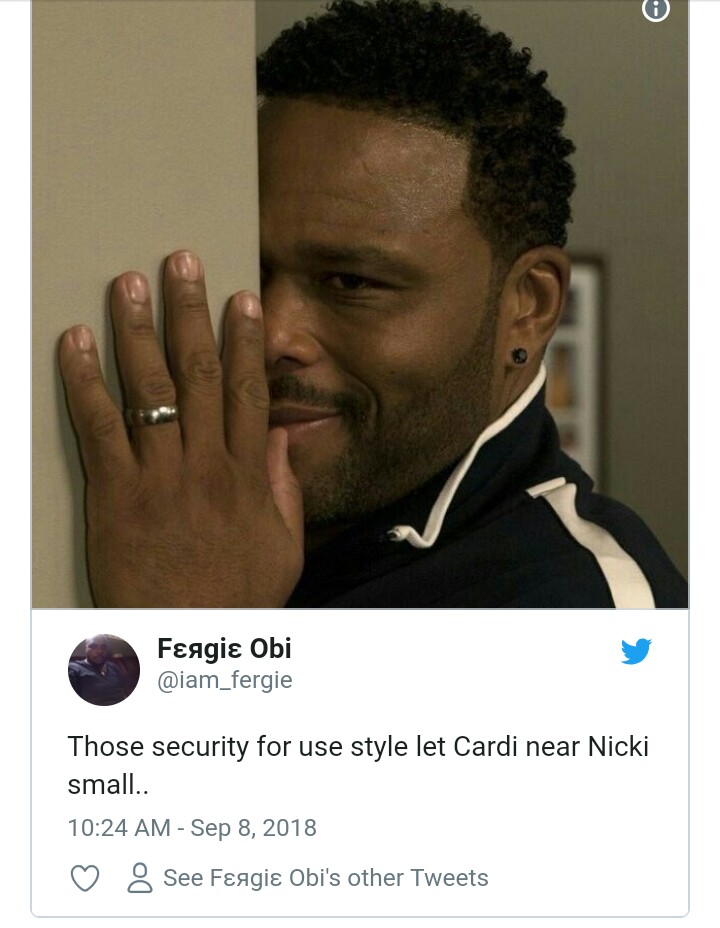 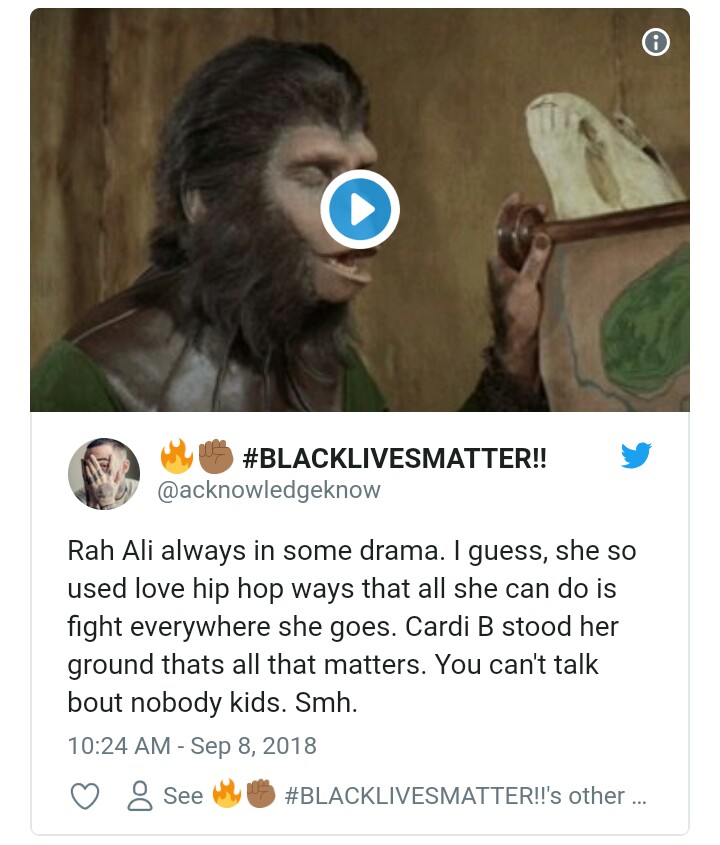 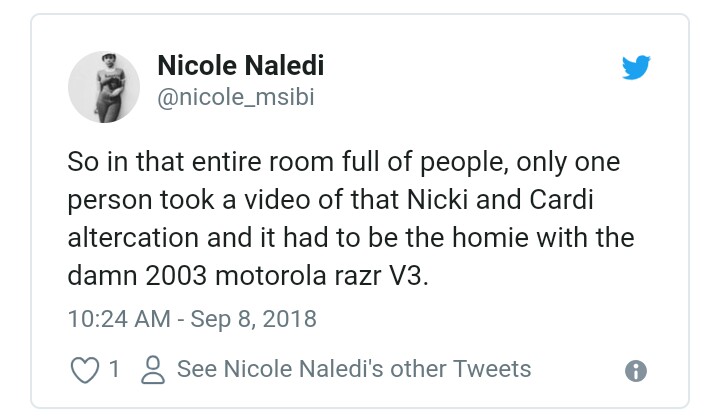 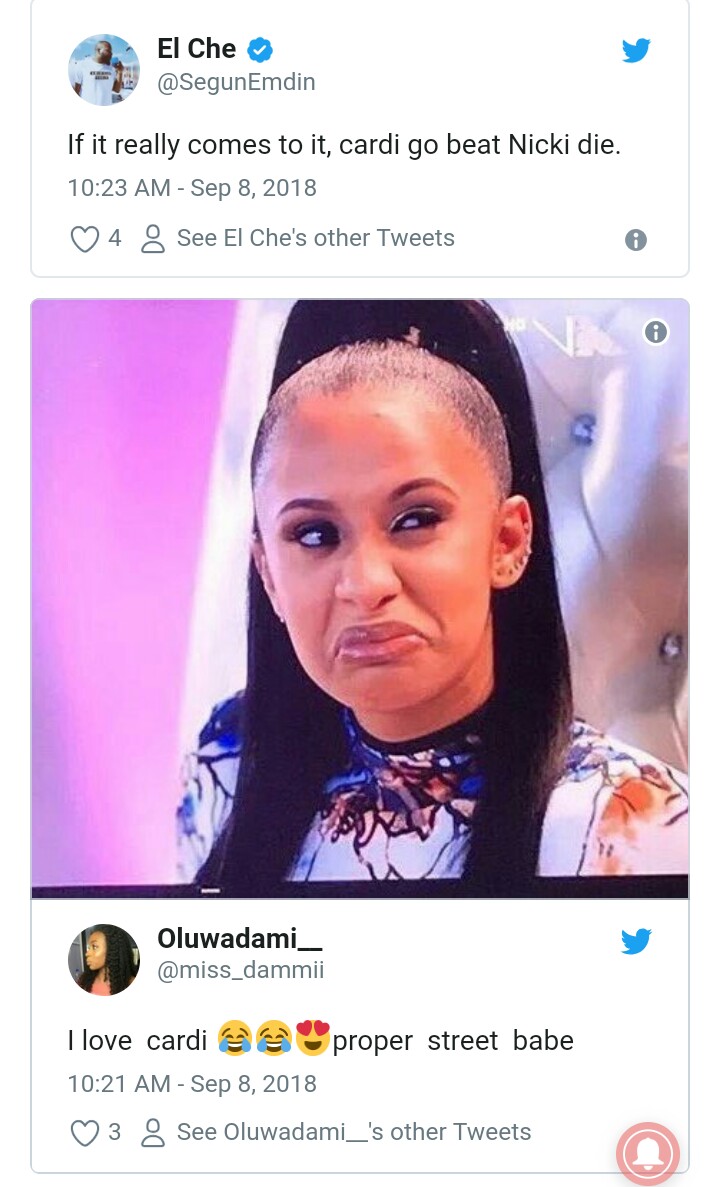 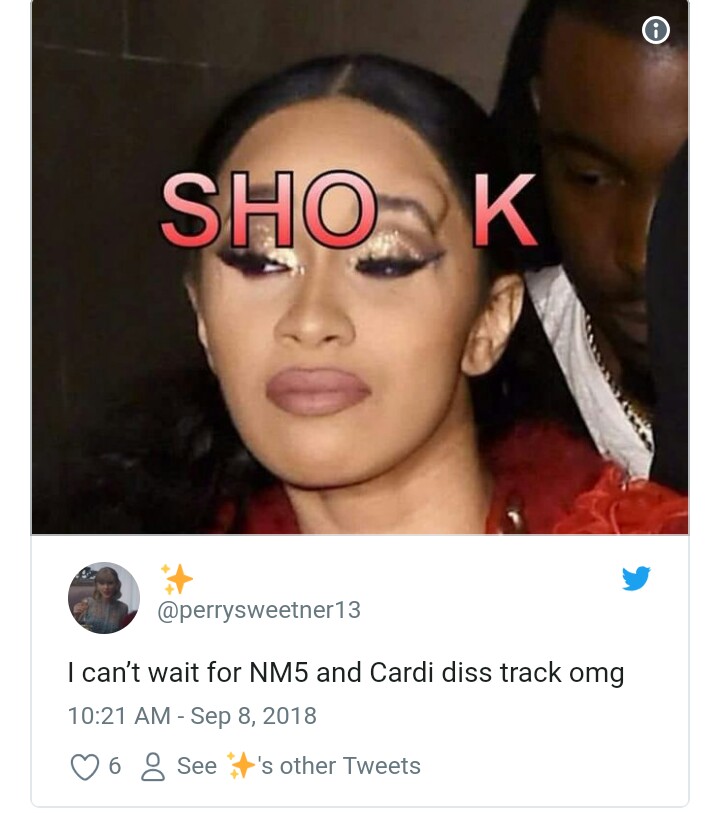 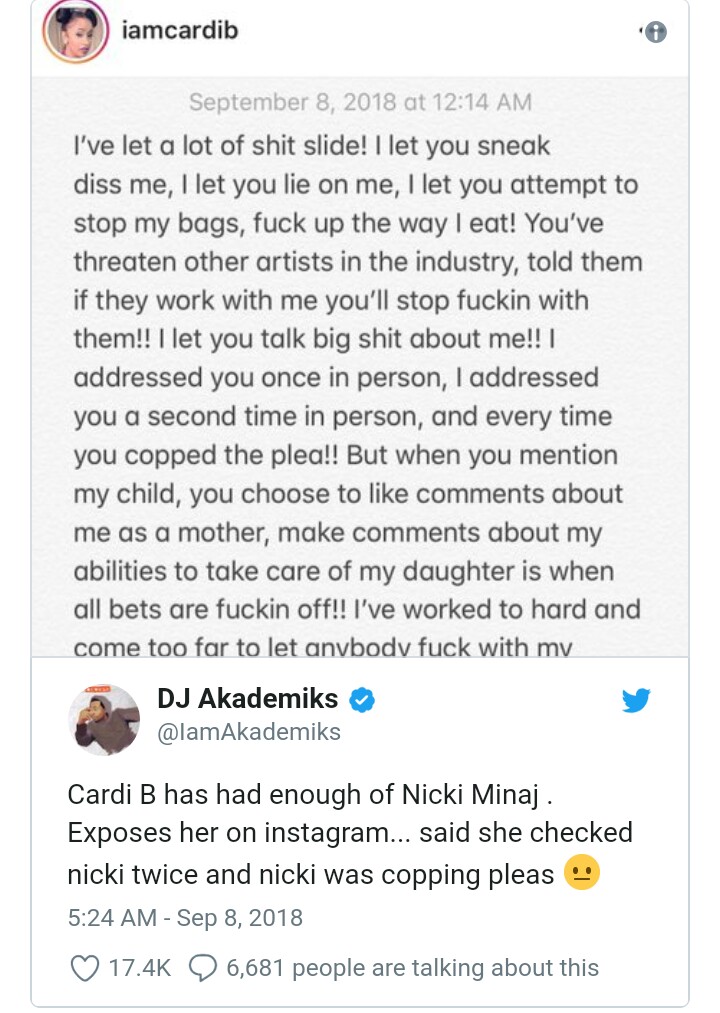 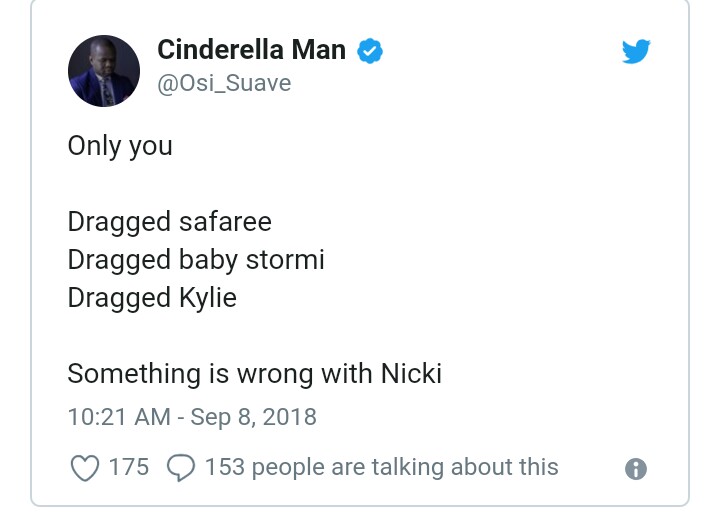 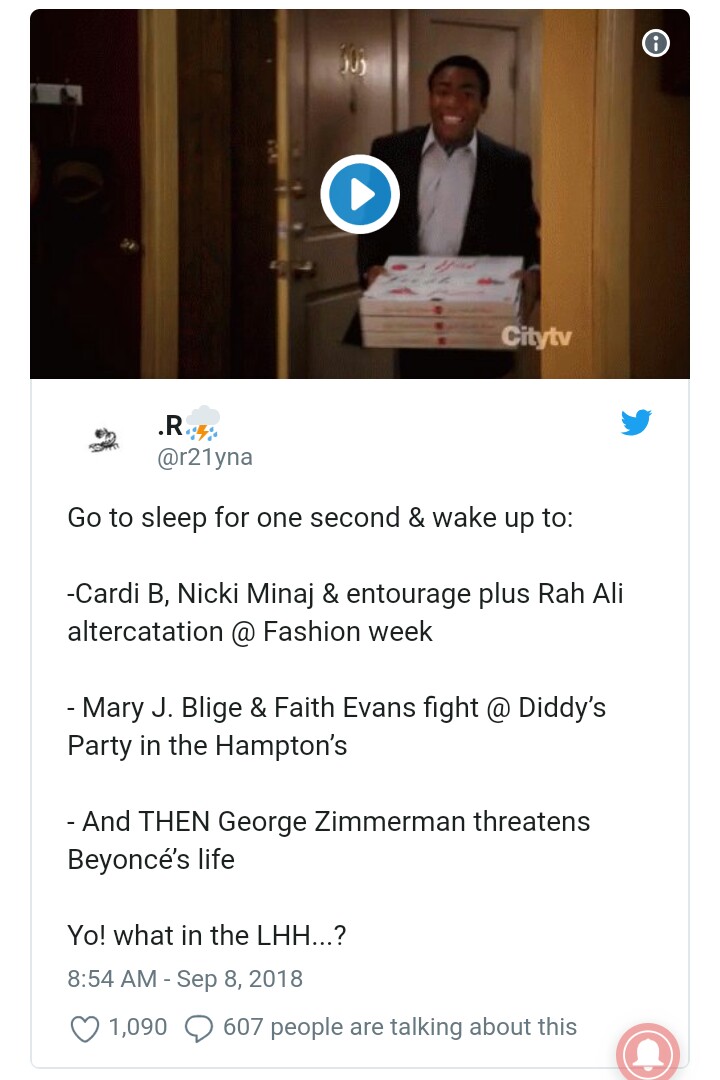 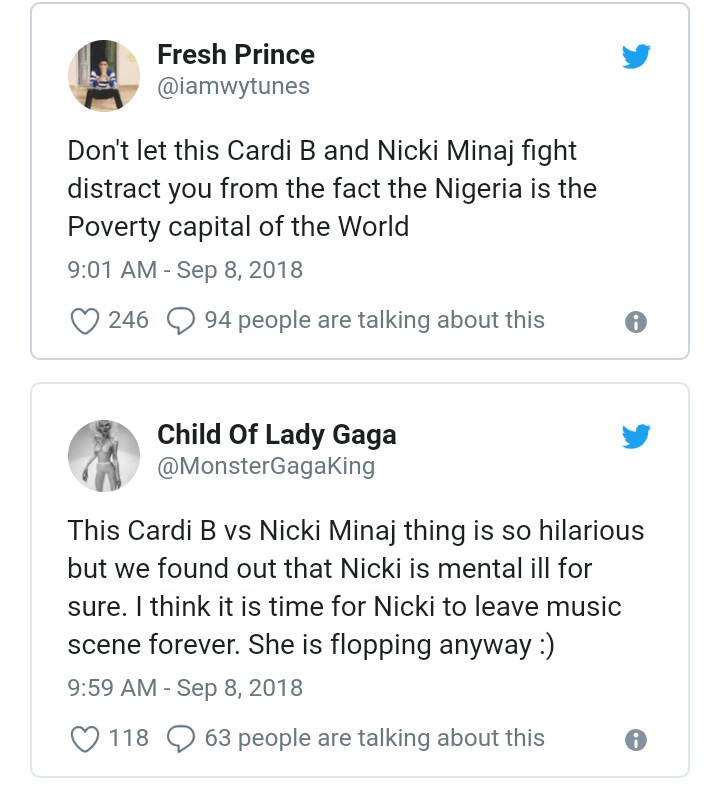