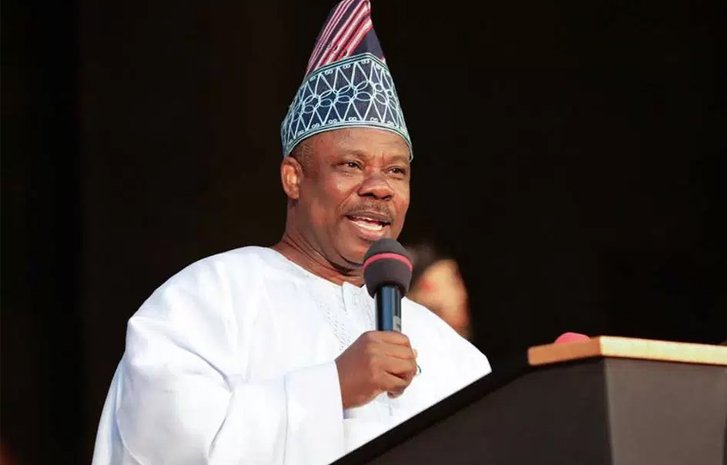 Ibikunle Amosun, Ogun State has also just declared his intention to run for Senate in the forthcoming general elections.

The out-going Ogun state governor officially declared his intention in a meeting with the members of the All Progressives Congress (APC) in the state on Wednesday.

The declaration, which came as a shock to many Nigerians have sparked a bit of a debate amongst them on social media.

Ogun State Governor Ibikunle Amosun announces his next move. Says he will be going to the retirement home of former Nigerian Governors also known as @NGRSenate

Can we all see for ourselves that 'NO' politician really have the heart of making our country a better place for us to live in. Imagine Amosun declaring himself for SENATOR after 8yrs as Governor. What kind of people do we have in this country?

Share
Facebook
Twitter
WhatsApp
Previous articleFULL LIST: Here’s the real cost of the APC presidential nomination form and other categories
Next article“Nigeria will be exporting weed if I become president” – Sowore
- Advertisement -Ad ==> Discover how a young Nigerian graduate now makes a consistent 40k per week doing a legitimate online business. You too can start yours now, click here!!!