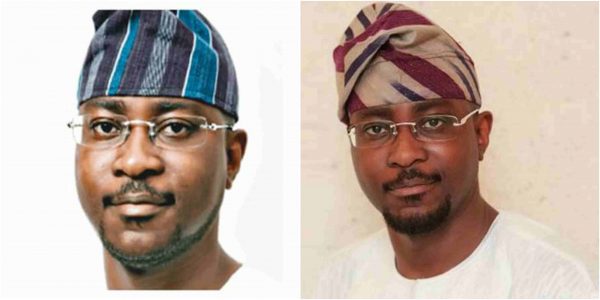 Former Ogun State governor, Olusegun Osoba’s son, Olumide Osoba has cried out over an alleged threat on is life and that of his family.

He said he has been receiving threats since he released a statement condemning the alleged ‘consensus list’ in which he was listed as one of the consensus candidates of the Ogun State All Progressives Congress (APC).

He, however, insisted that his position that candidates for the 2019 elections should be chosen through direct primaries as ordered by the National Working Committee (NWC) remains sacrosanct.

“Threatening my life or that of my family members is not the way out but obedience to the party’s lawful directive and policy. “I stand by my earlier Press Statement that I only support direct primary as ordered by the NWC of our party,” he stated.

Olumide Osoba had earlier rejected his name on the consensus list of the Ogun State All Progressives Congress, which put him under Abeokuta South Federal Constituency.

“Having said that I owe full allegiance to that Federal Constituency and at no time have I ever entertained the thought of abandoning them to seek election into the House of Representatives from another Constituency.

“I served them with all I had and I am till this day grateful for the bond we have. I registered and voted at Owode Ward 3, unit 006 Geleodun polling unit in Obafemi Owode Local Government and I have never participated in the politics of Abeokuta South.

“It is therefore absurd and ridiculous to find my name on a list being peddled allegedly as a consensus list.

“I did not participate in any consensus arrangement and neither was I contacted. I, therefore, wish to disassociate myself from the list.”