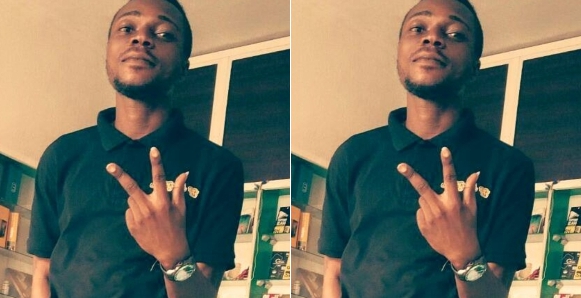 A Nigeria man identified as Son McGhee, has shared his thoughts on women who acquire properties without first asking her husband, and according to him any woman who does such is a stupid wife.

The Nigerian man further stated that if the man doesn’t want the wife’s job, she should quit and must also seek his consent before helping a family member. According to him, God created men to have the final say in every matter and a husband owns his wife, and everything she has.

“Only an irresponsible and stupid wife will buy a property without first asking her husband. Your husband owns you and everything you have. Even before you help a family member, he must be aware. If he doesn’t want your job, you quit. If he’s angry from work, you pet him.

“If he doesn’t like make up, you leave your face like that. A reasonable wife must humble her self and keep to the laws of her husband. God made men to have the final say in every matter. Only a wayward lady will oppose this harmless advice”. 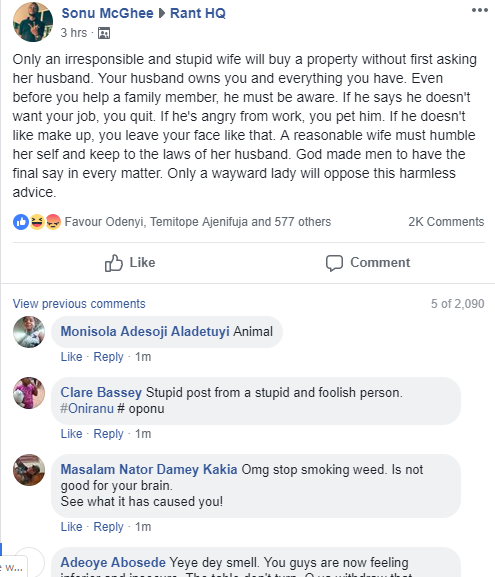 This is coming after a Twitter user took to the platform to share a post which many has described as ‘stupid’ and earned him major backlash.

According to the twitter user identified as @WasikeAbdu, If he’s homeless, and dates a girl with a house, he becomes the man of the house and she has to listen to all what he says or she can get out from her own house.

In his words; “Whether i have a house or not, if i date a chic with a house, I become the man of that house and she will listen to me or she can get out. Are we together”