Home News Feed See what angry Ghanaians did to a Chinese man who was caught...
Facebook
Twitter
WhatsApp 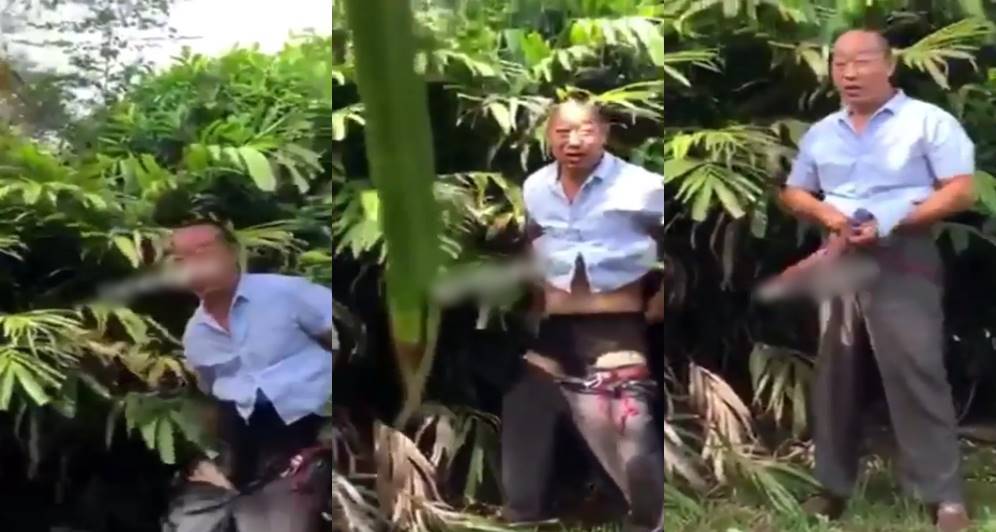 A middle-aged Chinese man was embarrassed after he was caught defecating in the garden of some Ghanaians with whom his property reportedly shares a boundary in Ghana.

The man was confronted by angry Ghanaians who filmed the embarassing incident on their mobile phones.

In the video below, the embarrassed Chinese national is seen hurriedly wearing his briefs and pair of trousers as he was caught defecating in the garden. Immediately, he started apologizing while complaining he had a stomach upset.

The angry Ghanaians then insisted that he collects his own excrement from their property and go with it. At first, the Chinese man said his driver would do that, but they refused and instead gave him a shovel to pack the excrement himself and go with it.

Chinese man caught defecating in a garden in Ghana