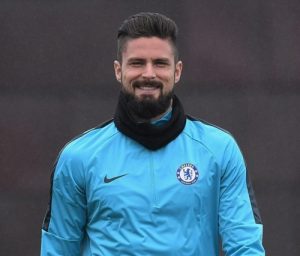 France played their second match of the UEFA Nations League tournament against Netherlands today and had to rely on the individual brilliance of Chelsea’s striker, Oliver Giroud.

The former Arsenal striker who joined Chelsea recently smashed an unstoppable volley past the Netherlands goalkeeper deep into the second half with the encounter at 1-1.

The goal proved to be enough as they went on to win by two goals to one and France fans are as a result of this happy- they have to this end, taken their turns to react to the victory on social media.

Olivier Giroud was playing second tier football in 2010 and didn’t make his international debut until he was 25. Now he’s a world champion and France’s fourth all-time leading goal scorer. Football is incredible.

Olivier Giroud getting ahead of Virgil van Dijk and scoring. Wouldn't mind seeing a repeat of that when Chelsea play Liverpool.