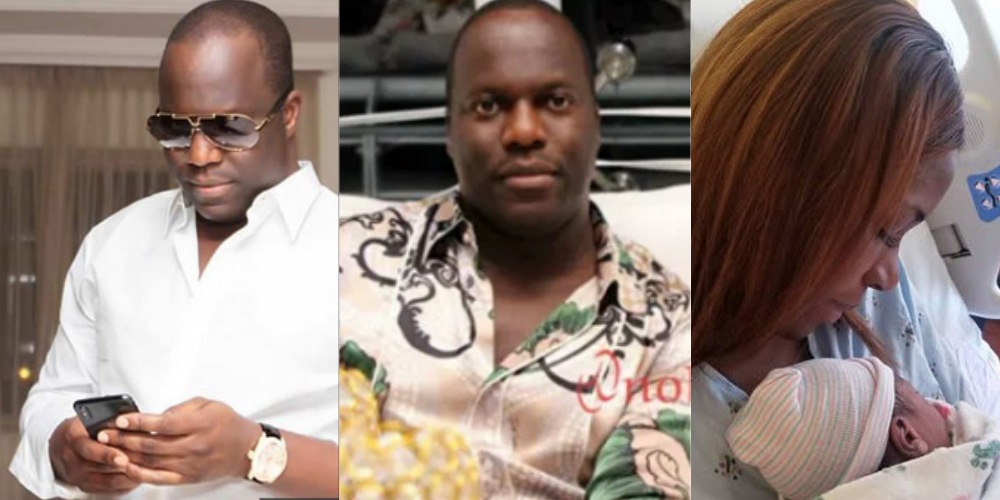 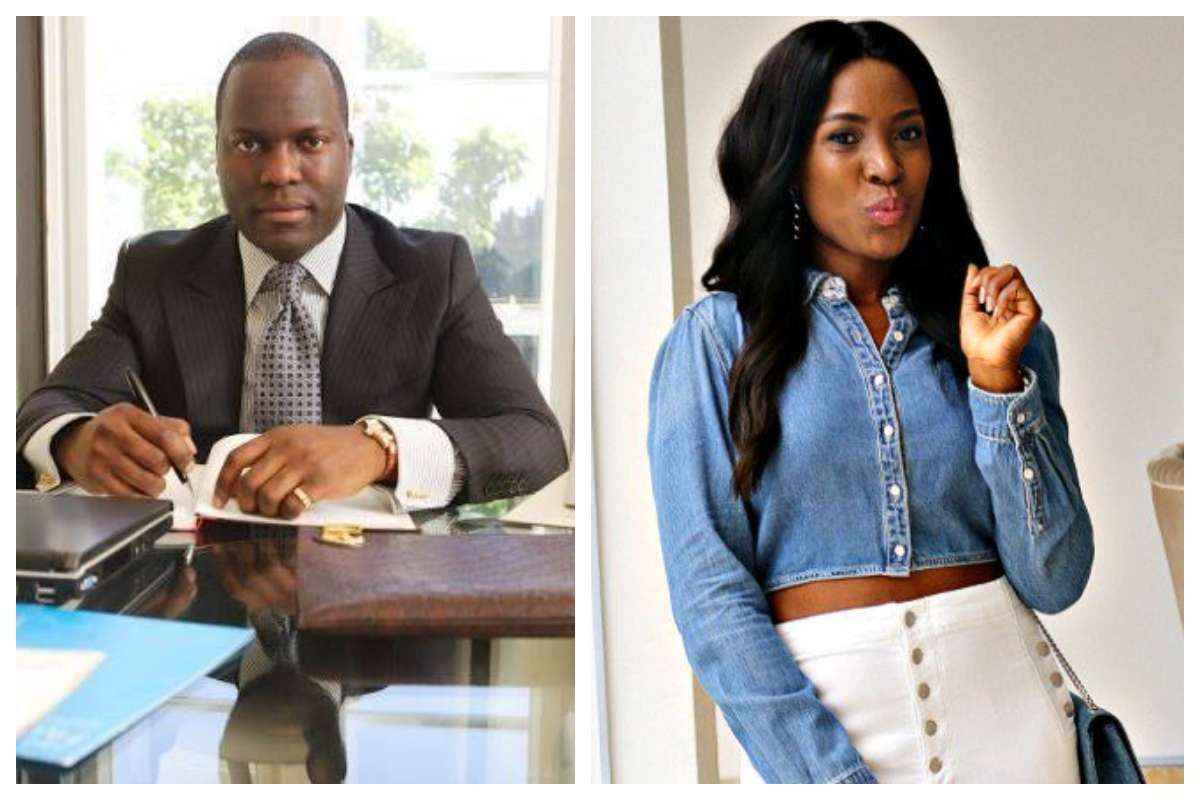 This is coming after the news of Sholaye Jeremi acknowledging that he is the baby daddy of Linda Ikeji went viral earlier today.

In a statement released by his media aide, Obafemi Ajayi, it was made known that the oil and gas guru has no social media account, and the one in circulation must have been created by mischief makers.

“The attention of Mr Sholaye Jeremi has been drawn to some social media hoodlums who opened Instagram accounts in his name.

“This is to inform the general public that Mr Jeremi doesn’t have any social media account and he’s not on Instagram.

“Even though the accounts are fake, bloggers, mischief-makers and quacks pounced on them; like harbingers of pain and ill-will, they cast it across social media, not minding the consequences of reporting lies as truth.

“It becomes mortifying, therefore, to see the creeps leap in the mud and perpetrate lies in desperation, to slant the court of public opinion against Mr Sholaye Jeremi, a decent and well-cultured businessman.

“As far as we are concerned, their annoyingly comical posts not only beggars belief, but skirts moral boundaries.
The reports which attempted to disparage the hardworking oil magnate was curiously mischievous. Naturally, Mr Sholaye wouldn’t have responded to the poorly choreographed bunch of lies, but we just have to keep the record straight.

“We hereby appeal to the general public not to take the evil-doers seriously. Thank you.” 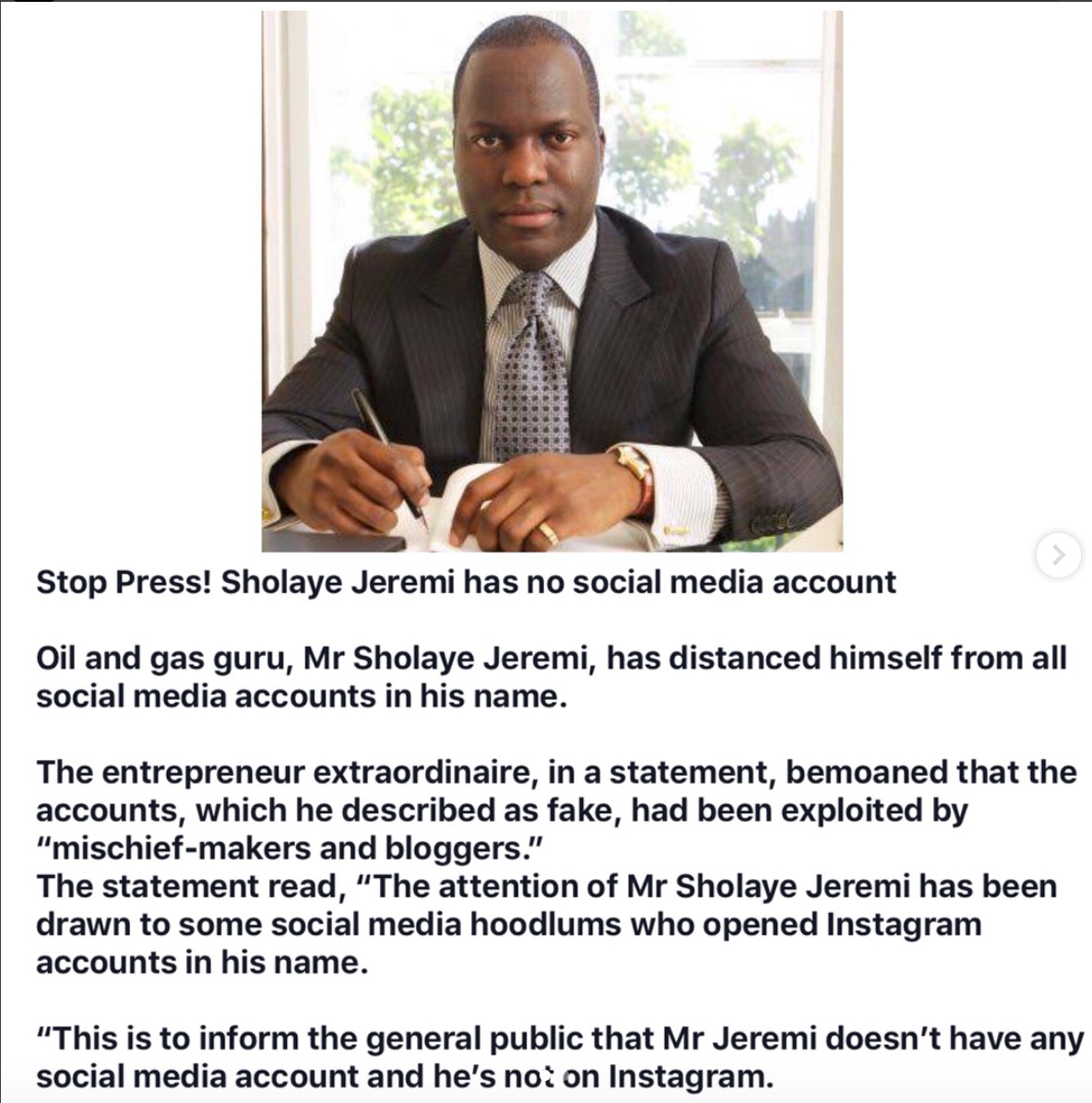 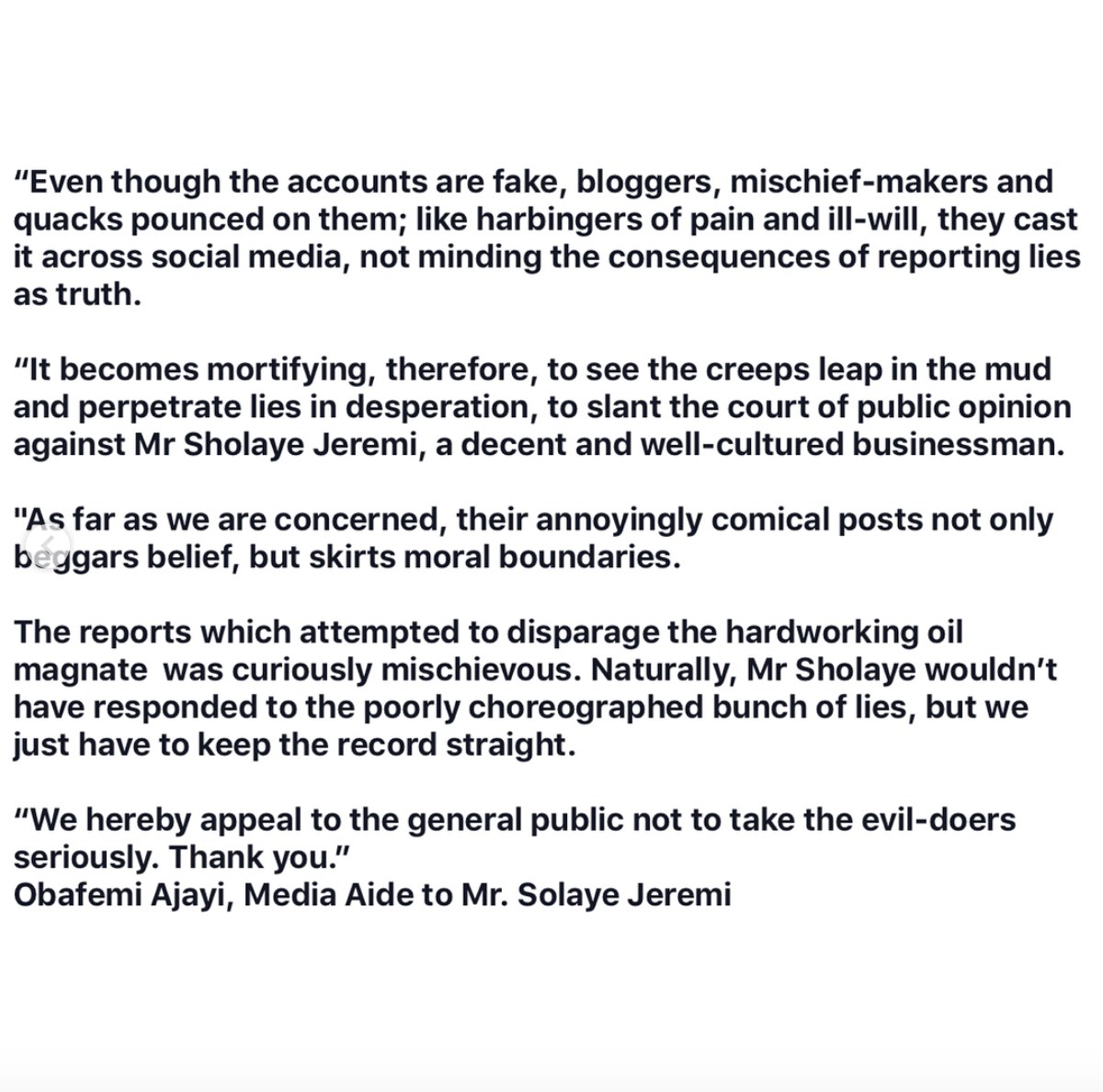