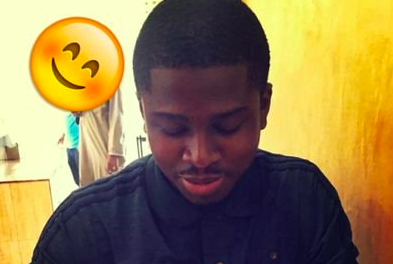 It is a well known fact that taking too much sugary things causes diabetes. People are being cautioned to reduce the intake of sugary things in order not to fail victim of diabetes.
However, a doctor has taken to his twitter handle to oppose and enlighten more on diabetes. According to his tweet, taking in sugary things does not cost diabetes.

Been awhile I did a medical thread because mans finally grew tired of negative reactions, when they’re not even paying me ?. Anyways lemme dispel a couple of myths about Diabetes (Jedi Jedi).
Will taking too much sugar or sugary drinks CAUSE me to have diabetes? Answer=NO
Answer is No but there’s a catch though, I’ll come back to that. Diabetes is basically high sugar level in the blood. Now there’s this beautiful hormone called Insulin. It’s work basically is to digest the sugar and convert it to energy we use to do stuff….
In some people however, they may have 2 types of ‘badluck’ . 1) Their bodies may not be producing enough insulin(most times this is hereditary, other times some surgery, radiation or whatever). 2)Their bodies are producing enough insulin but the body refuses to respond to it..
This means the sugar will still stay in the blood. Now if your insulin is intact&functioning,it should mop up whatever sugar or sugary drinks you take.But here’s the catch, in a country like Nigeria where our 1st prayer point is not to visit the hospital,how do we differentiate?
That’s why you should go for check ups from time to time, blood sugar tests costs highest #1000, normal value is between 70-125(mg/dl), if you have a parent or sibling who has it, you should really watch it. Untreated Diabetes can lead to Erectile Dysfunction (No more mekwe)..
…Stroke, kidney failure, loss of vision and the likes. Some have called my attention that jedi jedi(too much sugar) could cause pile too. The answer to this, is a flat NO
Lastly, whoever brought the notion that something bitter must be used to cure something sweet was fake deep. “Agbo” will not reduce your blood sugar level. Cheers
I may do a separate thread on Pile (haemorrhoids) tomorrow. I’d entertain questions on said topic by then
Please in summary for people who may find this difficult to understand.
Will taking sugar and sugary drinks CAUSE me to have Diabetes? Answer is NO
Will taking sugar and sugary drinks WORSEN diabetes I already have?
Answer is BIG YES!!
Unhealthy habits like lack of exercise can increase your RISK of having diabetes LMAO, unless you don’t want people to eat at all. This is directly from diabetes dot org dot uk clearly calling it a myth. I came prepared ???, stop embarrassing yourselves.