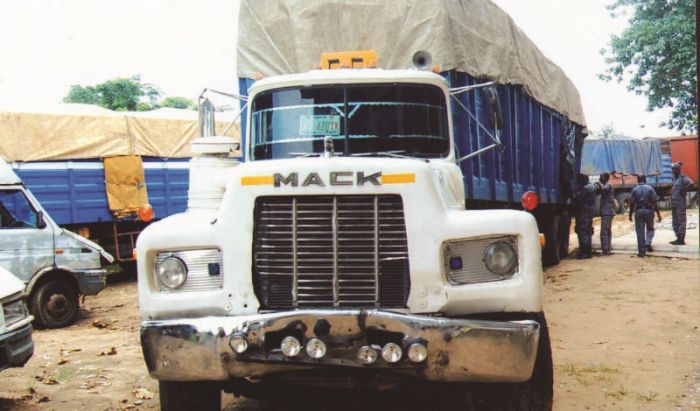 A 4-year old baby, Praise Umeasuobi, was reportedly crushed to death by an articulated lorry in Ezinifite village in Aguata local government area of Anambra State.

The accident which occurred at about 4pm, along Isoufia-Igbokwu road, involved a Mercedes Benz 911 Truck with registration number XY 546 KSF.

An eye witness who simply identified himself as Victor, said the father of the deceased was carrying him on his motorcycle when the truck rammed into them.

“The boy fell down on the road while the motorcycle was on motion and he died on the spot,” he said.

Similarly, three persons lost their lives while five others sustained varying degrees of injuries in another ghastly accident in Onitsha.

The accident which occurred along Ezenwa road off Orifite, Awada, at about 6:30pm, involved a commercial bus belonging to G.U.O transport company with registration FGG 817 YN.

Eye witness account had it that the bus driver had knocked down a pedestrian while on speed before ramming into a shuttle bus with registration number ATN 927 ZK and a commercial tricycle with REG NO UMZ 327 XA.

Confirming both incidents, the Police spokesperson, Haruna Mohammed said the corpses had been deposited at the hospital morgue while the injured were receiving treatment at various hospitals in the area.

He said the truck that killed the baby boy was set ablaze by angry mob before the arrival of Police patrol team.

Mohammed however said the situation was immediately brought under control, while the truck driver, Sunday Azidiegwa was rescued and detained.