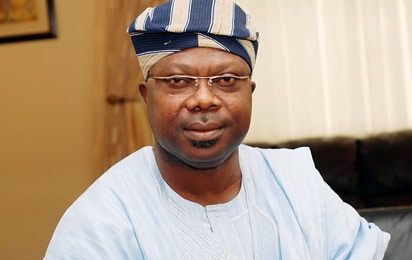 The governorship candidate of the Social Democratic Party (SDP), Senator Iyiola Omisore,has explained why he decided to form an alliance with the All Progressives Congress,APC ahead of Thursday Osun State rerun election.

Omisore who had been visited by PDP and APC leaders for an alliance on Wednesday finally announced his decision to join APC.

On why he signed alliance with APC, Omisore in a letter he personally signed on Wednesday, titled: ‘Formation of Coalition Government and Rerun of Governorship Election on Thursday 27th September, 2018, on Osun State,” said his decision to form an alliance with the APC was because of its readiness to adopt and implement SDP’s programme.

The letter reads, “Our decision to form a coalition government is based on a party that is ready to work with SDP to adopt and implement the core values of our party which is social justice, equity and good governance.

“The PDP and APC parties have approached us for coalition based on our performance and grassroots network, especially in the seven units earmarked for rerun.

“Our core values and philosophies as indicated in our SDP manifestos, ‘Restoration Agenda,’ have all been presented to the APC and PDP representatives who have approached us for support and formation of a coalition government.

“The core party’s programmes include: “Professionalism and Performance in the Public Sector,” which by interpretation, “Workers must be motivated and trained; Payment of the accumulated salaries; Pensions and arrears within the first three months of the administration; to be followed by payment of full salary to all categories of workers.

“Revamping of Education Sector; Equity in Access to Services across Osun State; Local Content and Innovation in the Investment and Development of the state; Focus on robust and Effective security of all and sundry.

“Restoration and uplifting the condition of service Obas and Chiefs in the state.

“For the ‘Restoration Agenda’ to be effectively implemented, SDP, Osun State would ensure that her core values are considered and incorporated into the development agenda of a party of choice for a meaningful coalition.

“In this regard, we have forwarded our proposals for coalition government to the PDP representatives headed by the Senate President, Senator Bukola Saraki and the APC high-powered delegation by Dr Kayode Fayemi, the newly elected governor of Ekiti State.

” The APC had since come back to accept all the conditions proposed to them by us to form a coalition government, while the PDP party is yet to respond.

“We have therefore as a party, SDP, accepted to support the APC for victory in the rerun election tomorrow and therefore form a coalition government.”