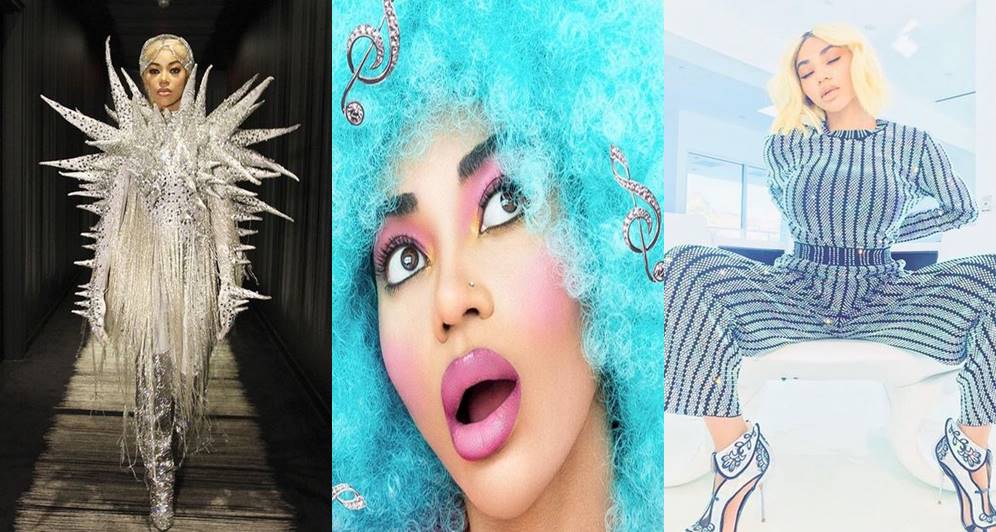 Cameroonian/Nigerian born singer and entrepreneur, Dencia, is one out of many women who would not retain an underwear used during her menstruation because according to her, it is dirty and unhealthy.

Obviously struggling to come to terms with the reality of some people’s refusal to understand why she trashes any underwear she uses during her monthly period, the delectable founder/CEO of skin lightening cream, Whitenicious, explained why.

“I have two habits everyone finds weird, I throw away all period underwear. I just can’t go back to them, they’ve got to go. I don’t want to know how clean or how new they are, as long as I used them while on my period. I don’t flush wipes or toilet paper, they go to the trash.

I feel like everything that goes in there that is not poop or pee will clog the toilet. My sister said I’m the only weirdo who does this, but I said there are folks out there like me”, she wrote on Snapchat. 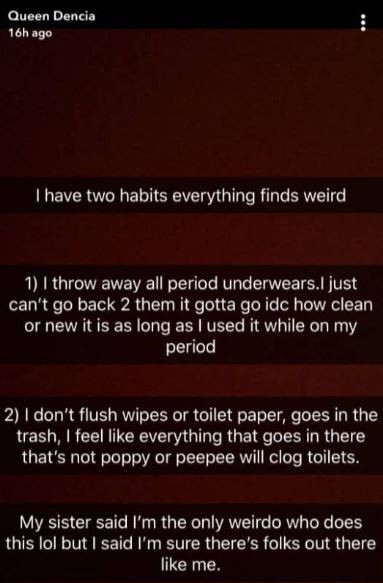