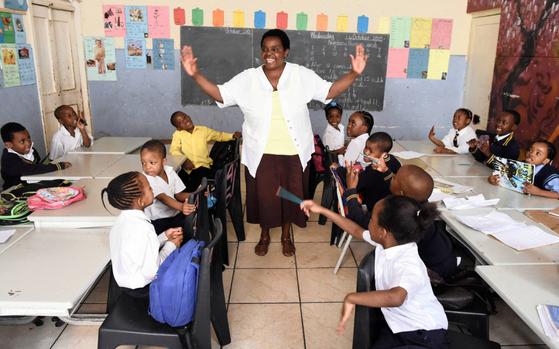 The Universal Basic Education Commission has said that the population of Nigeria’s out-of-school children has increased from 10.5 million to at 13.2 million.

The UBEC Executive Secretary, Dr Hammid Bobboyi, stated this in Abuja on Thursday during a United Nations Children’s Fund briefing on out-of-school children.

Represented by the Director of Social Mobilisation, Bello Kaigara, Bobboyi said the 2015 Demographic Health Survey had confirmed the development.

“Over the last few years, Nigeria has been besieged by the Boko Haram and lots of children have been put out of school. If you add the number of children that have been displaced and the increasing number of births, you find out that our source in DHS conducted by UNICEF published in 2015 reveals that the number of out-of-school children has increased to 13.2 million. This is equally affecting the implementation of some education treaties that Nigeria is a signatory to.”

UNICEF said it was partnering with over 200 traditional rulers from 19 Northern states to deliberate on handling Nigeria’s out-of-school children, noting that they were mainly from the Northern region.

The United Nations agency said the reason why more children were out of school in the North was “rooted in socio-cultural and economic environment barriers, cost of education, poverty and negative perceptions to formal education.”

The UNICEF Chief of Education, Terry Durnnian, said the growing out-of-school population called for “serious concern and Nigeria should take on the challenge of reducing the number”, noting that UNICEF would support the process.

Also, the UN agency in a release on Thursday by Azuka Menkiti and Geoffrey Njoku, said a Northern Nigeria Traditional Rulers Conference in Kaduna State would bring together about 200 emirs to seek solutions to the growing out-of-school population.