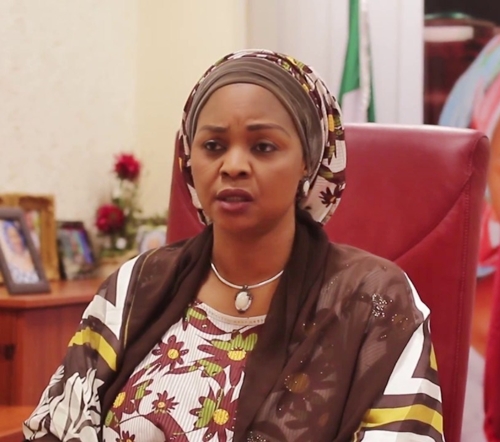 The only female senator from the North in the National Assembly, Binta Masi of Adamawa North Senatorial, said the ‘automatic ticket’ granted her to recontest in 2019, came to her as a “big surprise.”
Ms Masi who emerged unopposed, told journalists in Yola Tuesday that her endorsement by the All Progressives Congress and delegates in the just concluded party primaries, was touching and an indication that her past efforts had been appreciated.
Mr Masi said she was overwhelmed by the show of love and support she had been getting from the party and government of Gov. Muhammadu Bindow.
“The endorsement came as a big surprise to me because I never expected it; it shows that my stewardship as legislature is appreciated by my constituency.
“I feel humbled and honoured. It’s a new challenge put to me to do more for my constituency,which has suffered insurgency,” Mr Masi said.
She also expressed her excitement with the emergence of another female senatorial candidate under APC in Adamawa, Aishatu Ahmed.
Ms Masi said that the emergence of Hajiya Ashatu Ahmed as the candidate of APC for Adamawa Central Senatorial district, making them two female APC candidates in Adamawa, was heart-warming.
“We need more women in the National Assembly,irrespective of political party. The plight of Nigerian women would bind us together to work for common interest,” Ms Masi said.