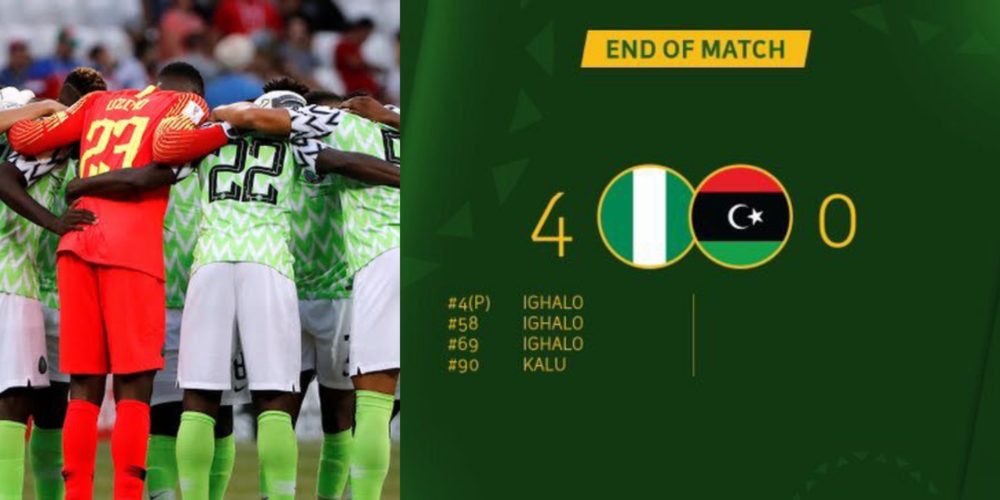 Odion Ighalo silenced his critics on Saturday as he scored a hat trick to help the Super Eagles to a comprehensive 4-0 trouncing of Libya in the Match Day 3 encounter of the Africa Cup of Nations qualifying series.

Ighalo who had persistently been criticised for his poor goals’ return in the national team colours was at his best; scoring three goals that helped Nigeria to their first home win in the AFCON qualifiers. 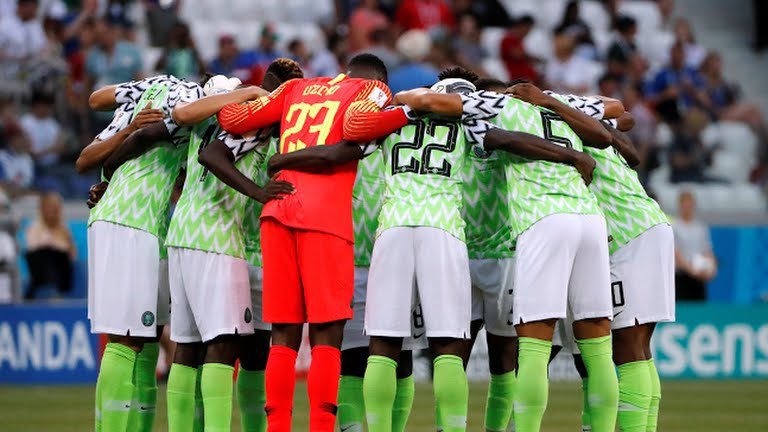 Ighalo scored the first of his three goals from the penalty spot barely four minutes into the game and that was all Nigeria could boast of all through the first half.

Things, however, got better in the second half as Ighalo doubled Nigeria’s lead in the 58th minute before completing his hat-trick in the 69th. 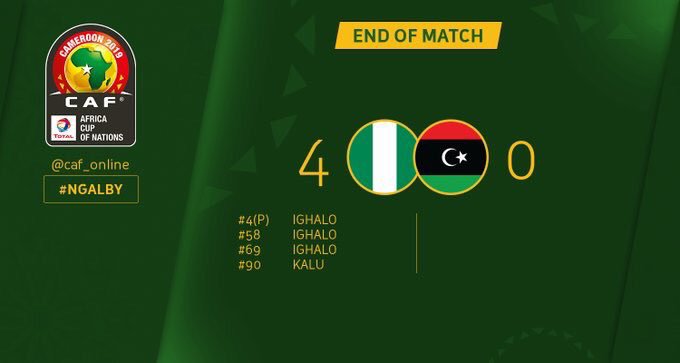 It wasn’t all about Ighalo in Uyo on Saturday as Samuel Kalu also scored his first goal ever for the Super Eagles after making just two appearances for the national team. 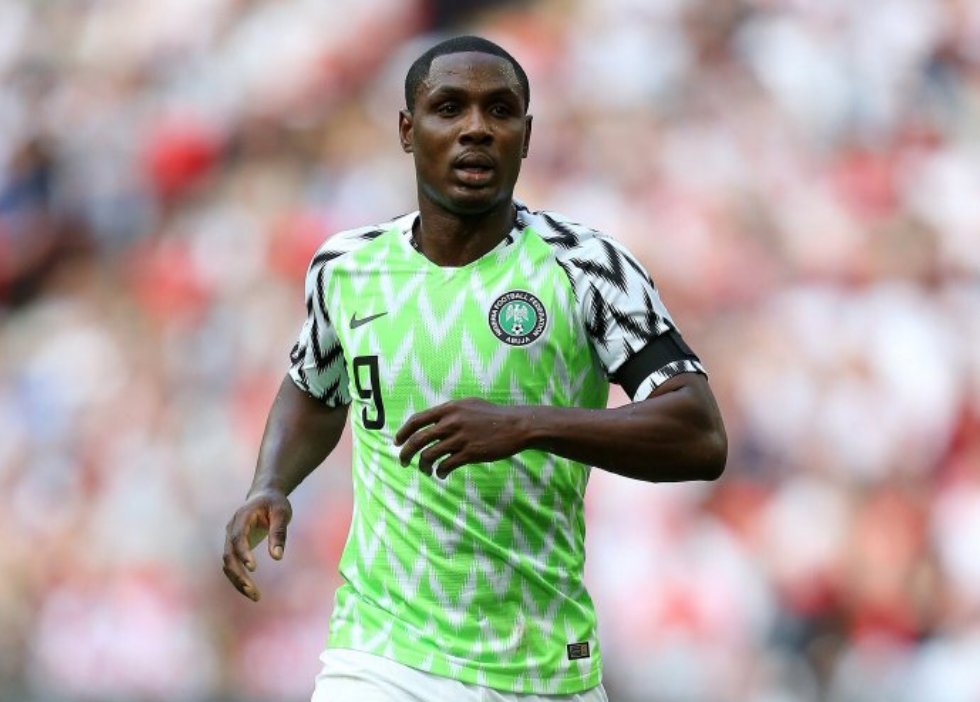 With the three points from the game in Uyo, the Super Eagles are now on six points after three matches but they are behind South Africa who have seven points after their 6-0 annihilation of Seychelles also on Saturday.

The Super Eagles will now be hoping to get at least a fair result in their return leg clash against Libya on Tuesday in Tunisia. 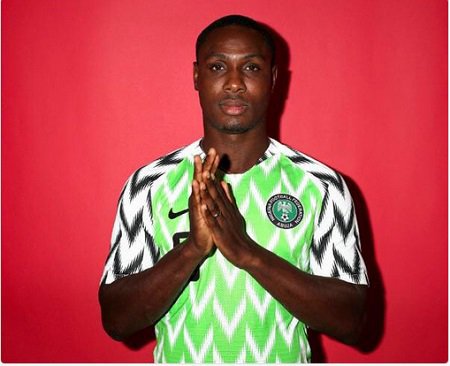 Odion Ighalo gets the first goal for the Super Eagles from the Penalty Spot.#NGALIB#Afcon2019#TheScoreboard@peteromoh10 pic.twitter.com/Pha7eldp6i

Better view of Iwobi playing number 10, and the assist to Ighalo to make 🇳🇬 2-0 pic.twitter.com/0GIsAOPNVZ 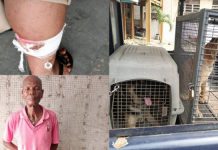