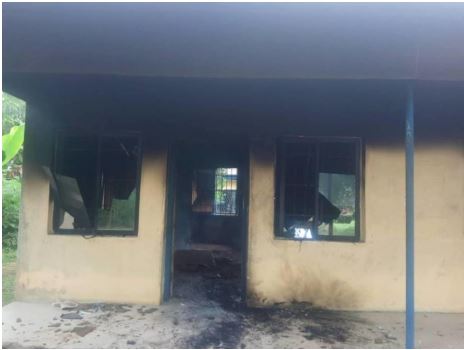 In what can best be described as an unprecedented display of violence and political intolerance, properties worth millions of naira were yesterday destroyed during the All Progressives Congress (APC) Federal House primaries in Oron and Okobo areas of Akwa Ibom state.

Eyewitness report has it that police officers loyal to a particular faction allegedly absconded with election materials and this infuriated youths who took to the street in a protest to register their dissatisfaction.

The protesting youths descended on the Police Station, destroyed properties at the premises and set the building ablaze.

Some of the irate youths were heard shouting “Akpabio leave Oron o” while some of the protesters displayed placards reading: “Akpabio stay clear from Oro Federal House issues” as they showed resistance to Akpabio’s alleged imposition of candidates on the people.

The protest which started at Uya Oro junction, was quelled by anti riot policemen who prevented the rioters from causing further crisis. 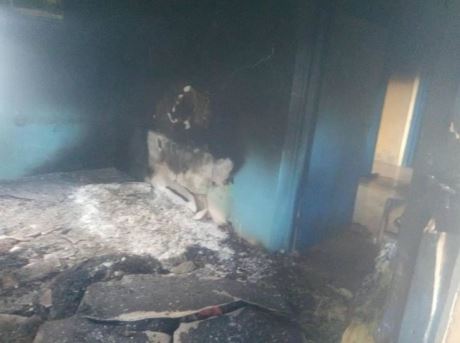 It was gathered that Victor Antai, who resigned from the Peoples Democratic Party, PDP and defected with Godswill Akpabio to the APC, with the intention of grabbing the senate ticket.

However Antai was disqualified from contesting, paving the way for Nelson Effiong to get the ticket unopposed.

Subsequently, Akpabio is alleged to have smuggled in Antai’s name as the candidate for the Oron Federal constituency position, despite Antai not picking the form for the race.

This re-ignited the feud between Oro people and Senator Akpabio who they accused of neglecting them for eight years, when he held away.