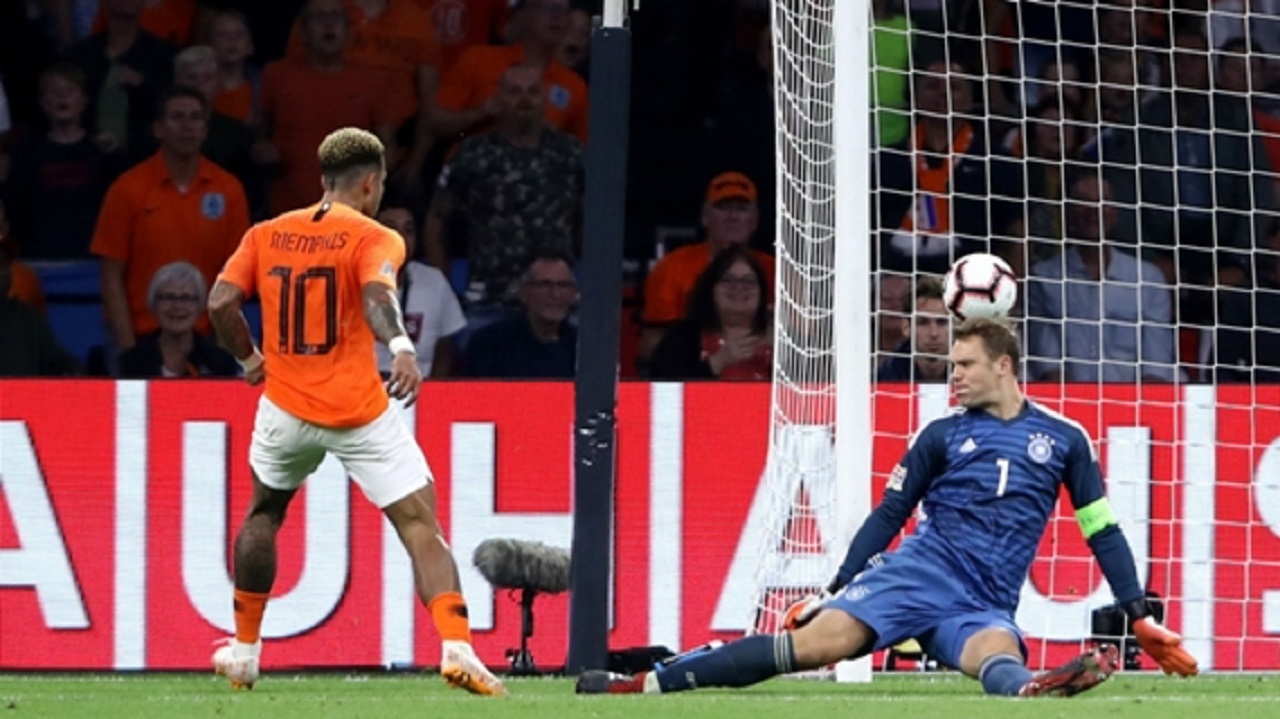 Netherlands condemned Germany to yet another victory after putting three unreplied goals past them at the ongoing UEFA Nations league tournament in Amsterdam, Holland.

Former Manchester United winger, Memphis Depay, was the star of the night as he constantly tormented the Germans with his pace and marauding runs all through the match. The winger was signed by former Red devils boss, Luis Van Gal, during his short stint a the helms before he was fired.

Depay was also shipped off to Lyon after some inconsistent performance in the Red Devils shirt and was even told not to be good enough for them.

However, his stock has risen since his move to Lyon and has started delivering again for both club and country which was evident in his display against Germany tonight. As a result of this impressive showing, fans have taken to social media to request that Manchester United should activate his buy back clause.

So when are United triggering the buy back clause in Memphis Depay contract!! #MUFC