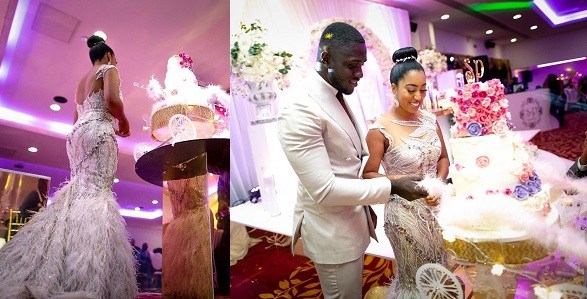 This actually can be linked to the fact that the parents of the bride, Chris and Anita Oyakhilome are sour divorcees.

It should be recalled that while Pastor Chris was noticeably present at his daughter’s first ceremony, his ex-wife, Anita was also noticeably absent.

According to new reports, the second wedding however was in honour of the mother of the bride and this time, the father was absent.

The bride, Sharon has shared photos from the recent wedding on her page while tactfully disabling the comments to avoid trolls and questions.