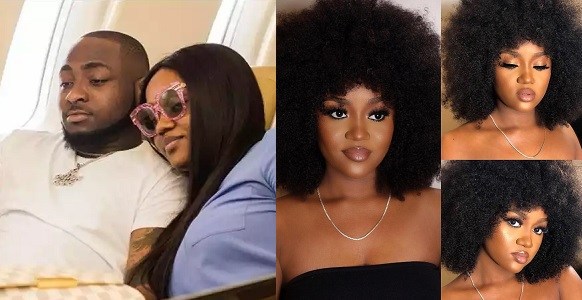 Davido’s girlfriend, Chioma Avril’s popularity has certainly given her a fair share of social media trolls and people who bully her online.

According to her, many of them also come to her DM to beg her. Describing them as ‘weirdos’, Chioma said, ‘I’d start exposing people shortly. Imagine begging in my DM and trolling me on blogs’.

Amidst the infidelity claims that rocked her relationship with Davido last week, Chioma who had been silent since the news broke that, dispelled the rumour that they had gone separate ways.

Chioma posted a loved up video with the singer and captioned it; “still together” and it has still been juicy ever since