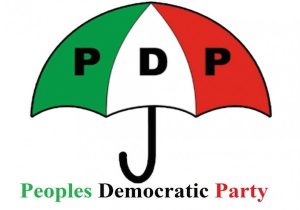 Newly inaugurated Governor of Ekiti state, Kayode Fayemi raised an alarm that the state’s debt profile is now N170bn. However, the People’s Democratic Party (PDP), has debunked the statement as false.

In a statement entitled “Ekiti debt not N170bn, Fayemi preparing grounds for impending failure”, by the opposition party on Thursday, it said the immediate past governor of the state, Ayodele Fayose didn’t commit the state into any form of bonds and loans.

According to the party, Fayemi’s claim about the false loan, is just a way of preparing grounds for imminent failure.

The immediate past Governor of Ekiti State, Ayo Fayose has insisted that his administration did not commit the State to any financial institution in form of bonds and commercial loans.

Ayo Fayose described the claims by Governor Kayode Fayemi that the State was indebted to the tune of N170 billion as false and “a way of preparing grounds for his impending failure just as he did when he assumed office in 2010.”

Fayose’s Media Aide, Olayinka Lere, said in a statement issued on Wednesday that Ekiti State indebtedness was under N60 billion and that the debt was either directly incurred during Fayemi’s first tenure or as a result of the loans restructuring done at the instance of FEC.

Fayose challenged Fayemi to name the banks being owed the N170 billion and monthly repayment by Ekiti State Government. Fayemi should not wait till 100 to cook up false stories of how much debt was left by the Fayose administration.