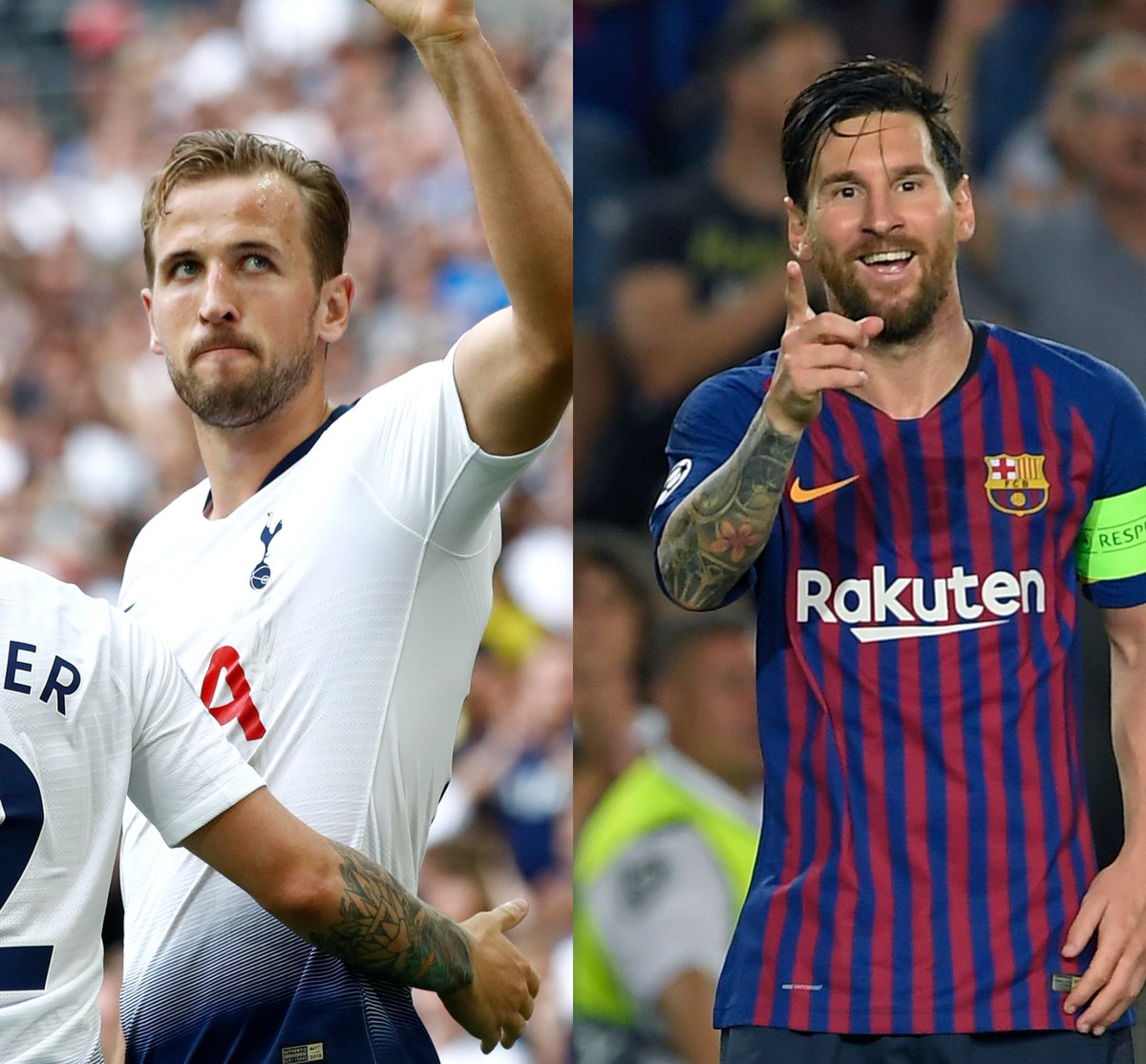 Despite losing their second Champions league match, Tottenham fans seems to be contended with their superstar, Harry Kane, display tonight. The Englishman scored a beautiful goal to reduce the deficit by 1 and the scoreline became 2-1.

Then they started chasing the game hoping to force an equalizer before Barcelona added another one and the game seemed out of reach. It now look almost impossible for them to qualify after Inter Milan won their own encounter against PSV. Both Tottenham and PSV are now without a point while Inter Milan and Barcelona have 6 points each.

Kane, who had revealed prior to the match that he hopes to be on the same level with Lionel Messi someday has now scored 10 goals from just 12 matches with his goal today.

His beautiful goal today has been sparkling reactions from football lovers on social media.

What people are saying:

MESSI MAY BE GOD BUT HARRY KANE IS STILL YO DADDY