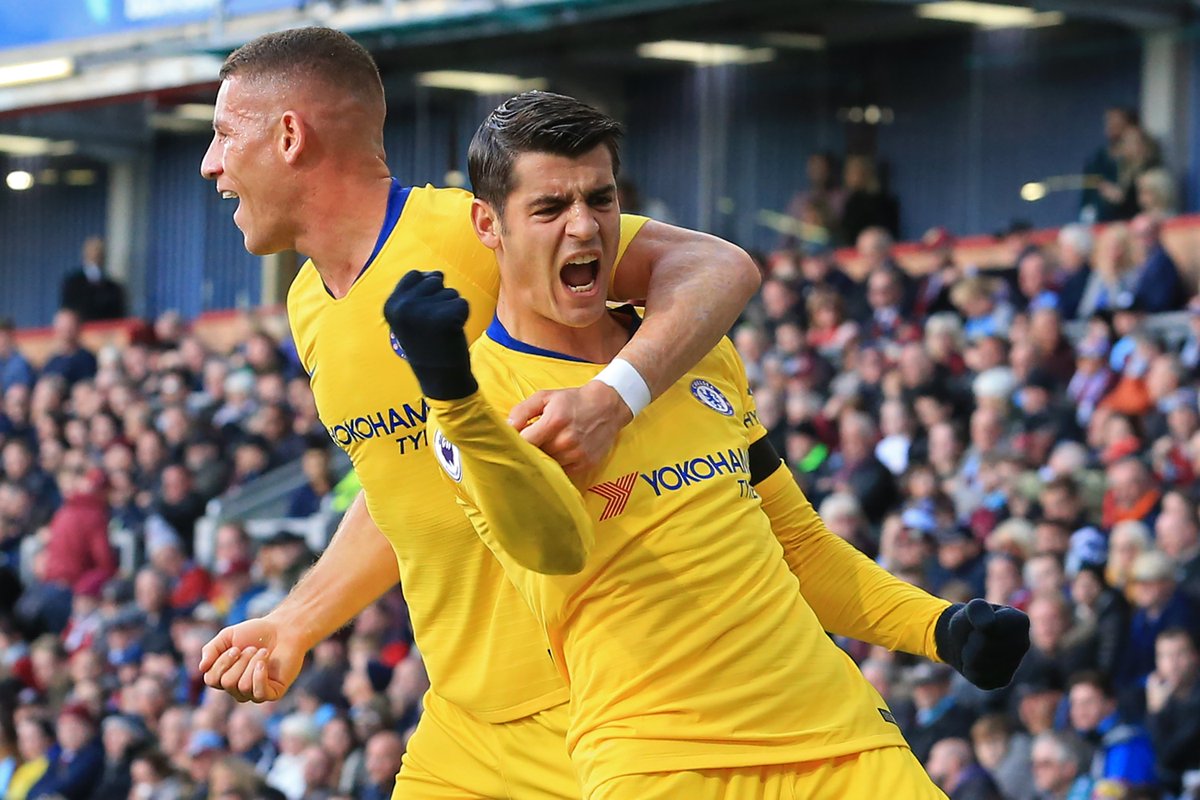 Spanish International, Alvaro Morata, seems to have warmed his way back into the heart of the Blues fans after he opened the Scoring for Chelsea against Burnley at Toor Moon stadium.

With his goal today, the former Real Madrid striker has now scored 3 goals in his last for games for Chelsra, across all competitions.

They eventually ran the game out by putting four unreplied goals past the host, Burnley.

Alvaro whom with his goal today, scored in back-to-back Premier League away games for the first time since September opened the scoring after receiving a delicate through ball Ross Barkley and finished with aplomb.

3 in his last 4 games. Not bad from Morata. pic.twitter.com/SpcMy72oGU

What people are saying:

That goal for Alvaro Morata means he now has more Premier League goals than Roberto Firmino so far this season.

Morata has been absolutely brilliant so far today. Should have two goals, but all that matters is the one so far. His movement and link up has been phenomenal, reminiscent of his first couple months here.