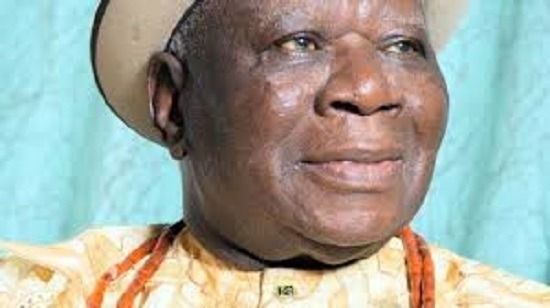 South-South elder statesman and Convener of the Pan-Niger Delta Forum, Chief Edwin Clark, on Friday in Abuja criticised the President Muhammadu Buhari administration over the violence and killings in the country, saying the insecurity in Nigeria presently was worse than the Civil War era in 1967.

Clark added that leaders in the South-South had decided to back the presidential candidate of the Peoples Democratic Party, Alhaji Atiku Abubakar, because among the other aspirants, only him pledged to fulfil the region’s demands for restructuring and control of economic resources.

The PANDEF leader, while receiving the PDP Ex-Councillors Forum in his house in Abuja, said the region would not vote for any presidential candidate who did not believe in the restructuring of Nigeria, Punch writes.

“The killings in this country are too many. This is an everyday phenomenon. The Boko Haram menace is there, and there are people who are encouraging them.

“You also have the AK-47-carrying herdsmen; people are still being killed in Plateau and Benue states. The killings going on in Nigeria today are more than the killings that took place during the Civil War between 1967 and 1970.

“Every government is elected to provide security and welfare to the people. But this is not what we have presently.”

Subtly referring to President Buhari, Clark asked, “You are fighting corruption. Which corruption? Which corruption when only your enemies are being arrested? This country belongs to all of us. No one has the right to rule it alone.

“We want a detribalised President. We have come to a stage where we should have someone who is competent and respects every tribe and region.

“We made so many mistakes in 2015. PDP alone had about 12 presidential aspirants in the recent convention. We at the Southern Nigeria and Middle Belt Forum decided to interview the aspirants.

“Most of them were former state governors, ministers and senators. We sat with them in this house every day at that time. At the end, we knew the person to consider and we took the battle to Port Harcourt (Rivers State).

“We from the South-South will never vote for any candidate who does not believe in the restructuring of Nigeria. That is the secret behind Atiku’s success. When you restructure this country, we will all be equal and develop ourselves with the resources from our area at our pace.”