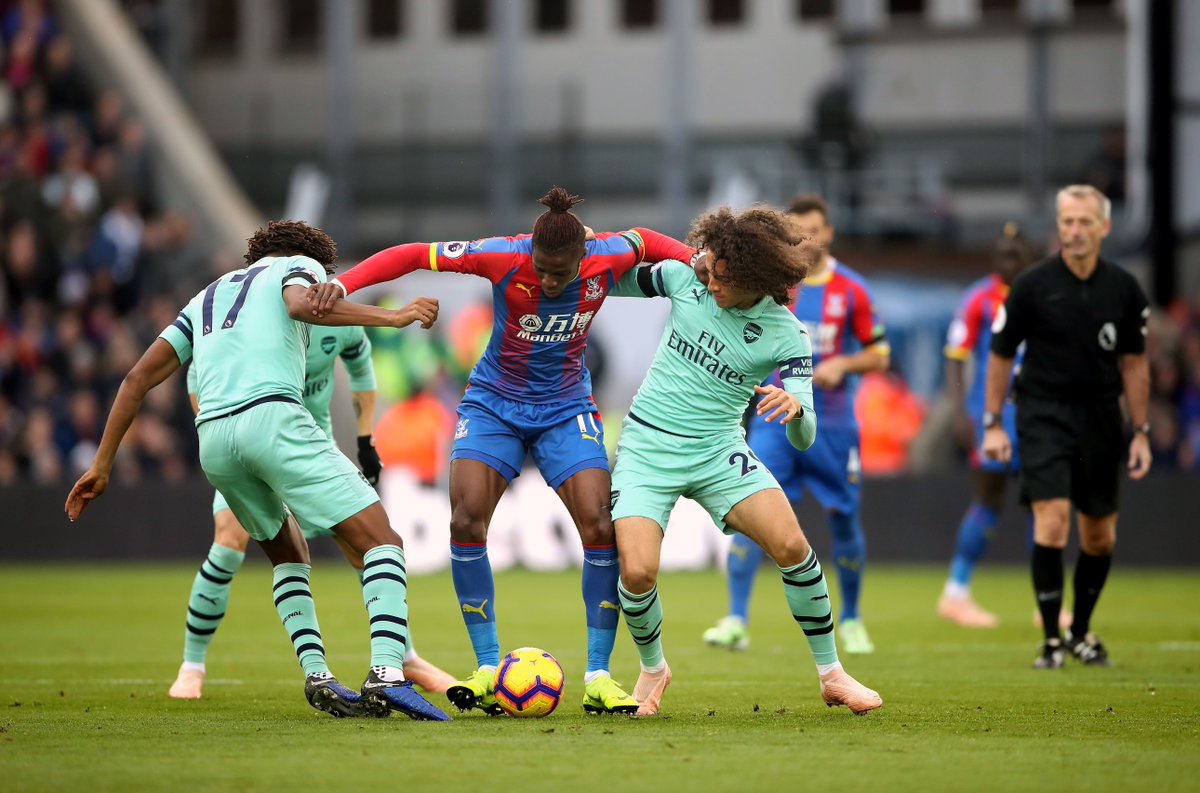 Former Manchester United winger, Wilfred Zaha, proved to be a handful for the Gunners when the two sides met in the domestic league this evening.

The pacy winger caused Arsenal series of problems in the final third before going on to win the penalty that led to the first goal of the match.

Arsenal however rallied back in the second half to turn the tie around and thought they were coasting to their 12th consecutive wins across all competitions but the Ivorian had other ideas.

The pacy forward won the second penalty of the night after being clumsily brought down by the Gunners defender and the referee didn’t hesitate to point to the penalty spot.

With the penalties he won tonight, only Jamie Vardy (13) has won more penalties in the Premier League than him (11 – level with Raheem Sterling) since the 2014/2015 season.

His impressive showing in the match this afternoon has gotten football lovers reacting on social Media.

Zaha dives yet wonders why referees don’t give a shit when he does down. Diving cheating cunt