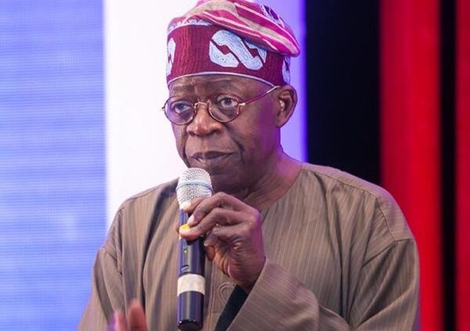 A former Lagos state governor, Bola Ahmed Tinubu, has said that the presidential candidate of the Peoples Democratic Party (PDP), Atiku Abubakar, no matter where he strategize, he is  going nowhere come 2019.

The National leader of the All Progressives Congress (APC), made this known, while speaking to journalists at the State House after meeting President Muhammadu Buhari on Wednesday.

A photo had surfaced yesterday of some PDP chieftains such as Senate President Bukola Saraki, Senator Ben Bruce, Atiku and others in Dubai, apparently in a crucial meeting on how to win 2019 presidency.

However, the APC National leader  in his reaction said, his party has nothing to fear, as he knows Nigerians won’t vote for Atiku.

We don’t fear, whether is in the jungle, or is in Dubai or is in Abu Dhabi, people are free to meet and strategize in any way they want but we are not going back to the illusion of the PDP. It is not possible, Nigerians will not do that.

“They say slow and steady wins the race; we inherited that from our forefathers and knowledgeable people. We can’t go back to the pit that we inherited for 16 years. They can strategize from anywhere but a leopard cannot change it skin”.