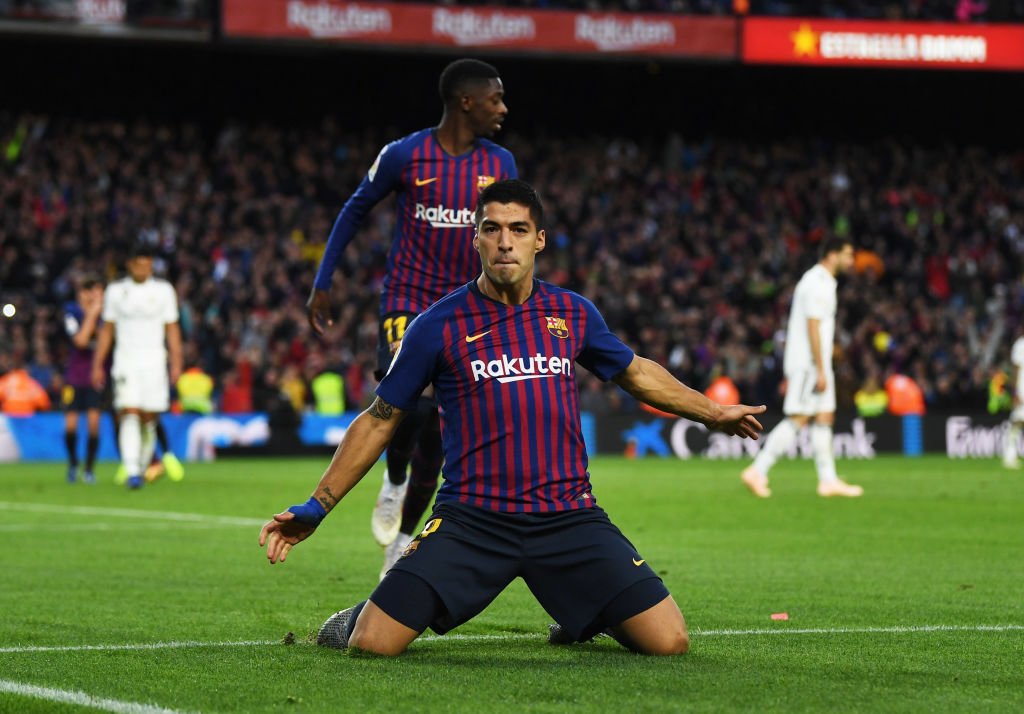 Barcelona piled more misery on Real Madrid’s woe by annihilating them today during their first El- Classico meeting in the current domestic season.

The Laliga champions who were without their impressive talisman, Lionel Messi, got inspirations from their Uruguayan striker, Luis Suarez, who scored an impressive hat-trick during the clash.

The 30 years old attacker now have 9 goals to his name in the clash between the two Spanish power house after helping Barcelona thrashed the Los Blancos by five goals to one earlier today.

As a result of his amazing feat today, football fans have been on social media reaching.

Can’t think of a single person I hate more than Luis Suarez.

Luis Suárez: "Real Madrid's crisis? There are situations that need to be better understood as they are our colleagues too."

He's actually sympathizing with our situation. This is a disaster.