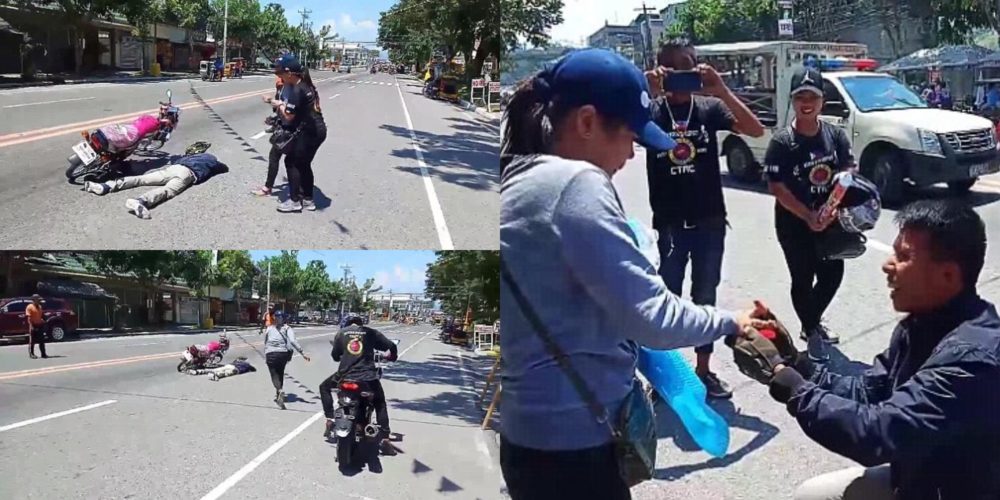 A man has faked his own death in a motorcycle accident shortly before ‘coming back to life’ to ask his distraught girlfriend to marry him in a bizarre proposal. 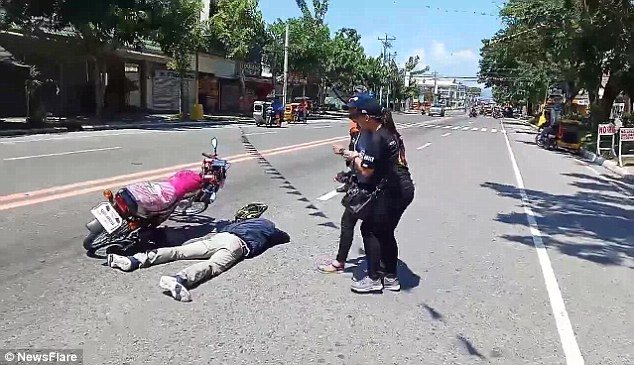 Footage taken on September 30 shows Jeffrey Delrio lying on the road in South Cotabato in the Philippines while a traffic officer – who was part of the elaborate proposal – tells his girlfriend Shiela Parayanon to prepare for the worst.

As he lies ‘lifeless’ on the ground next to his motorcycle, his devastated girlfriend rushes to his side and breaks down in tears. 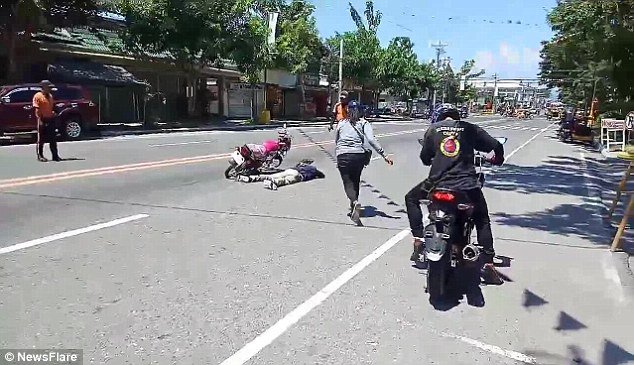 But shortly after playing dead, the man suddenly gets on his bended knee and pulls a red box containing an engagement ring from his pocket.

He then asks his distressed girlfriend to marry him – and she says ‘yes’.

Moments before getting engaged, the distraught girlfriend was captured on camera rushing to the scene. 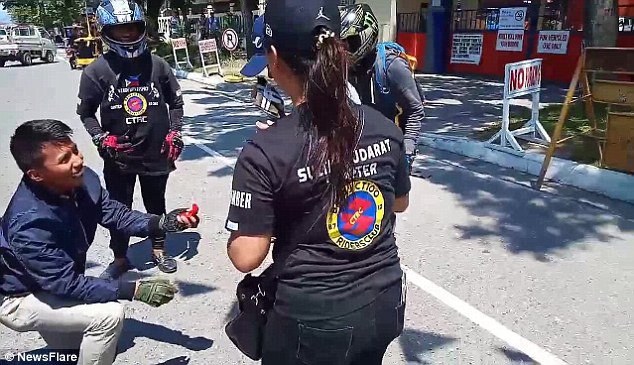 She can be heard screaming and crying as traffic officers try to console her.

As officers tried to revive the man, who was lying face-down, he sits up before surprising his girlfriend with the jewellery box and a smile.

Clearly shocked by the outcome, the girlfriend turns to a female officer and hugs her while crying with relief.

As the crowd cheers, Ms Parayanon can be seen giving her boyfriend a playful slap on his arm before accepting his proposal. 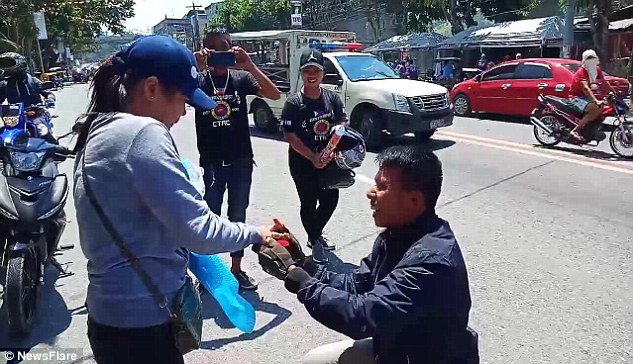 The couple’s friend Mark Apura, who captured the stunt on camera, described the proposal as ‘romantic’.

‘It was unusual,’ Mark said, adding the couple were ‘both full of love’ following the fake accident.

‘People keep thinking of strange ways to make marriage proposals. Jeffrey looked like he was very badly injured but then came alive when his girlfriend was there,’ Mr Apura said.

‘I am happy to help spread the love.’

However, not everyone was impressed, with one woman saying:

‘It’s such a strange thing to do. If I was the woman I would have dumped him right there.’

Watch the vidoe below: