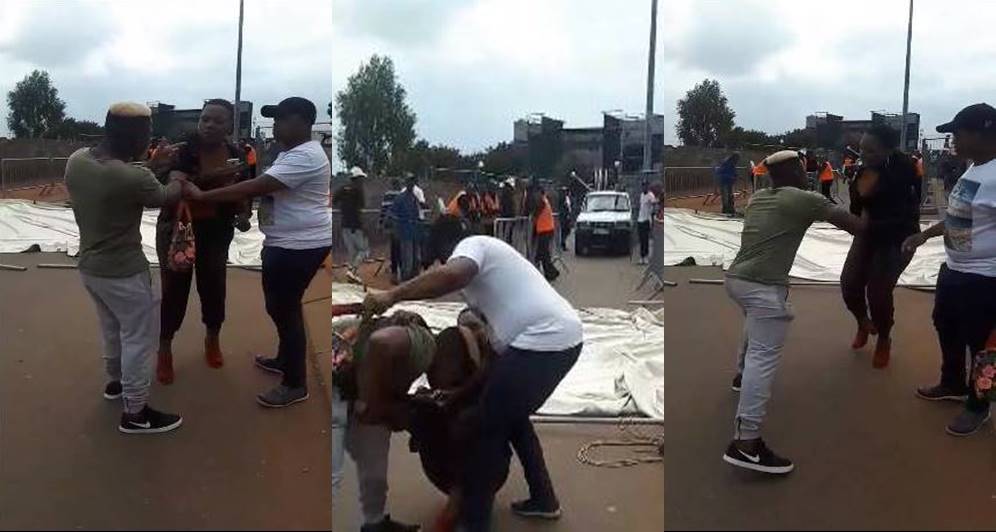 A jealous lover decided to humiliate his girlfriend after seeing her in public with another man.

It was gathered that the lady’s boyfriend who had earlier suspected she was cheating on him, met her with the man pictured holding her handbag and decided to humiliate her. 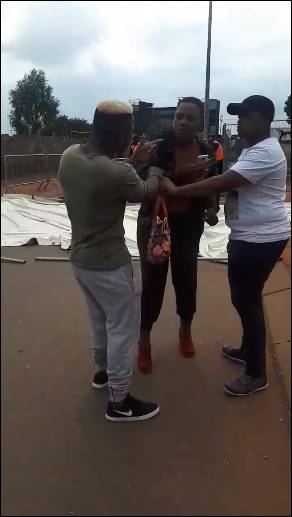 He confronted his girlfriend and an argument ensued between the couple. After a short while, he decided to drag her home but the lady refused to go with him and instead sat on the floor.

He then collected her mobile phone and dropped it on the floor to enable him carry her home, but this proved abortive as the lady stated that she was not going anywhere and that the boyfriend should leave her alone. 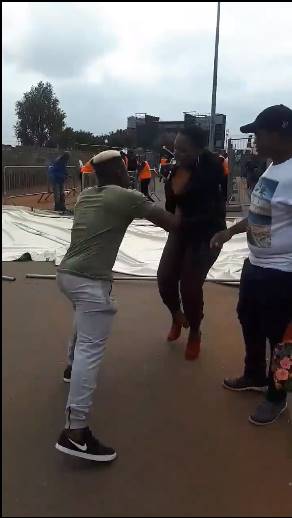 As seen in the video, the other guy (who was holding the lady’s bag), tried to calm the situation and prevent her from being dragged as other passersby looked on and did nothing. 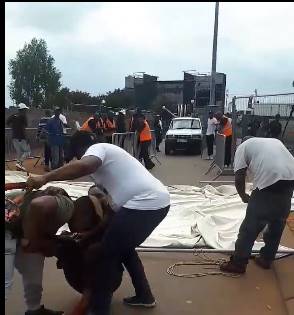 The boyfriend later collected his jacket from her and decided to leave.