A man was rushed to the hospital after he was impaled by a sharp rod in his stomach. A Facebook user simply identified as Paul revealed that the victim was working on a site before the unfortunate incident and didn’t give the exact location where it happened. 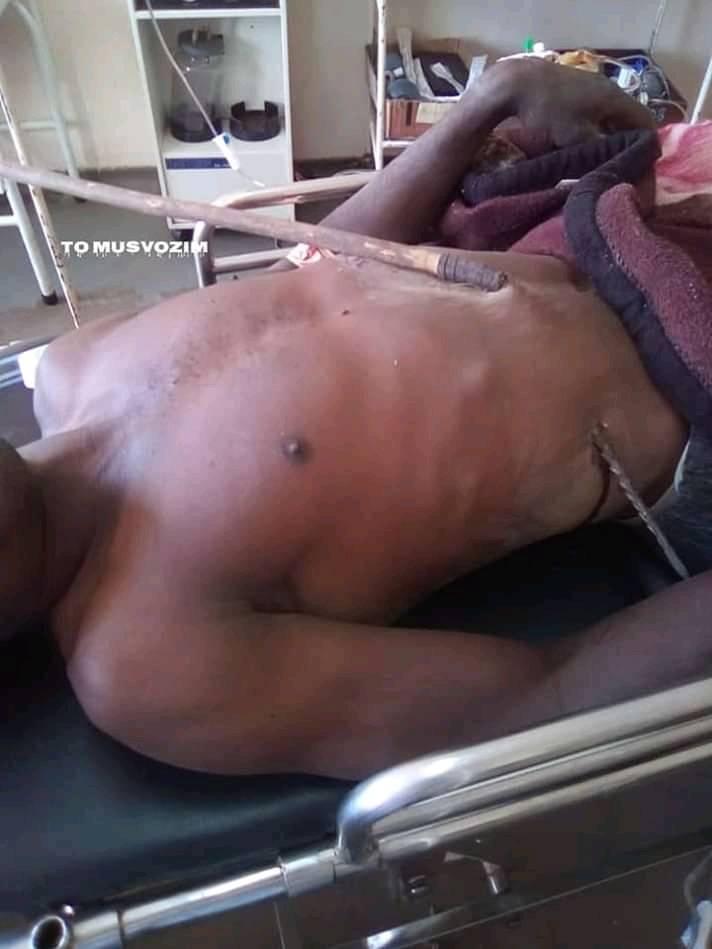 The victim was rushed to the hospital for treatment with the rod in his stomach as his current condition after the removal is yet to be determined.

Few months ago, it was reported that a man was rushed to a hospital in Kano state with a big nail in his throat after he was attacked by two hoodlums who have been arrested.

The man identified as Alhaji Auwalu, was attacked by two young men who wanted to rob him of his vehicle. He was stabbed with a big nail in his throat before absconding.

The nail pierced his throat and left him bloodied but he survived it as he was rushed to Aminu Kano teaching hospital.

The man appeared very calm even after he was brought to the hospital for treatment.