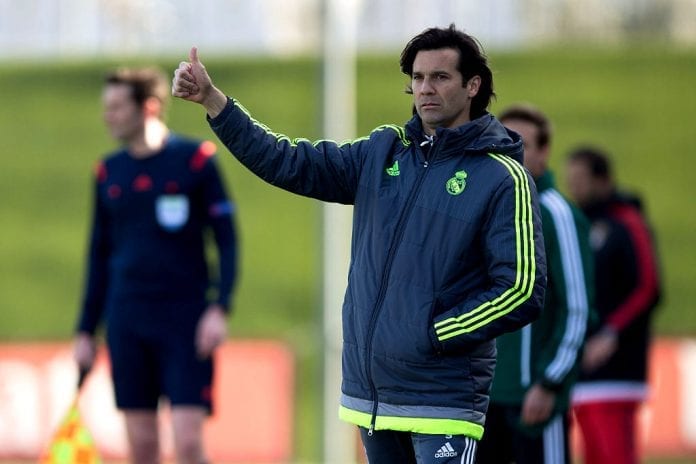 Recall that Zinedine Zidane was first appointed as a caretaker coach following the sack of former Real Madrid Coach, Rafael Benitez. He then went on to turn the team’s fortune around in just a little time.

Just like Zidane, Solari is also without first team dug out experience but has been with Real Madrid as a junior level coach since 2013 and was the Castilla’ team coach before his appointment.

Below are facts about the Los Blancos new hire:

Share
Facebook
Twitter
WhatsApp
Previous articleHere Is How Fans Reacted To Real Madrid Sacking Of New Coach, Julen Lopetegui
Next articleJapanese Princess gives up her royal status to marry a commoner (photos)
- Advertisement -Ad ==> Discover how a young Nigerian graduate now makes a consistent 40k per week doing a legitimate online business. You too can start yours now, click here!!!

Manchester United has zoomed into fifth position following their impressive three nil defeat of Watford at Old Tr-afford during the premier league clash on...
Read more

Real Madrid has missed the chance to return to the top of the LaLiga league table after they were defeated by a lone goal...
Read more
- Advertisement -