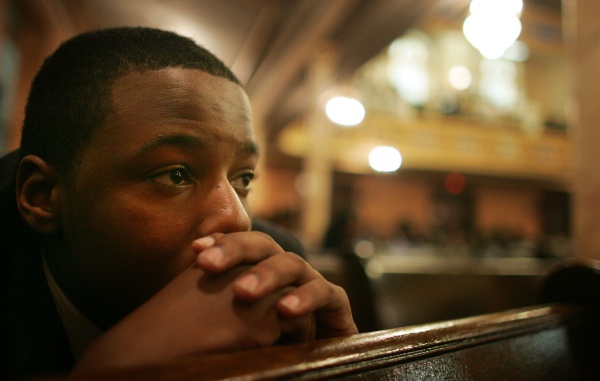 An obviously aggrieved young man has written to popular relationship expert, Joro Olumofin, seeking for his advice over his suspicion on his girlfriend’s infidelity.

According to him, his girlfriend went for a shoot as a video vixen which he was against because he knows how promiscuous directors and artists can be.

However, she went since last weekend, and now that she’s back, a part of her body doesn’t feel the same. He says ever since this discovery, he hasn’t been feeling well and feels the pain in his heart.

Read his write-up below:

“Hello Joro, good morning. Am a student in level 300. My girl is in level 200. I have been feeling ill and my heart is paining me because of something that happened. My girl models on side for hustle. Now she want to do video vixen. I said no because i know artist and director do f–k all these video vixen and all.

“Now my girlfriend went for video shoot since last weekend and she just came back today. Joro i swear her va gina is not the same. I swear to God. It is kind of wide. This is not my girl Joro. She is arguing with me that she did not cheat.

“Her phone was always off. She will text me and quickly turn off her phone. I enter her both raw and without condom and i can tell you that she is different. I have a test today this evening and i can’t read. My heart is paining me. She is just irritating me as am looking at home. I know she loves blow job. Maybe she did all there. I don’t know. I am in pain. To think i wanted to marry her.” 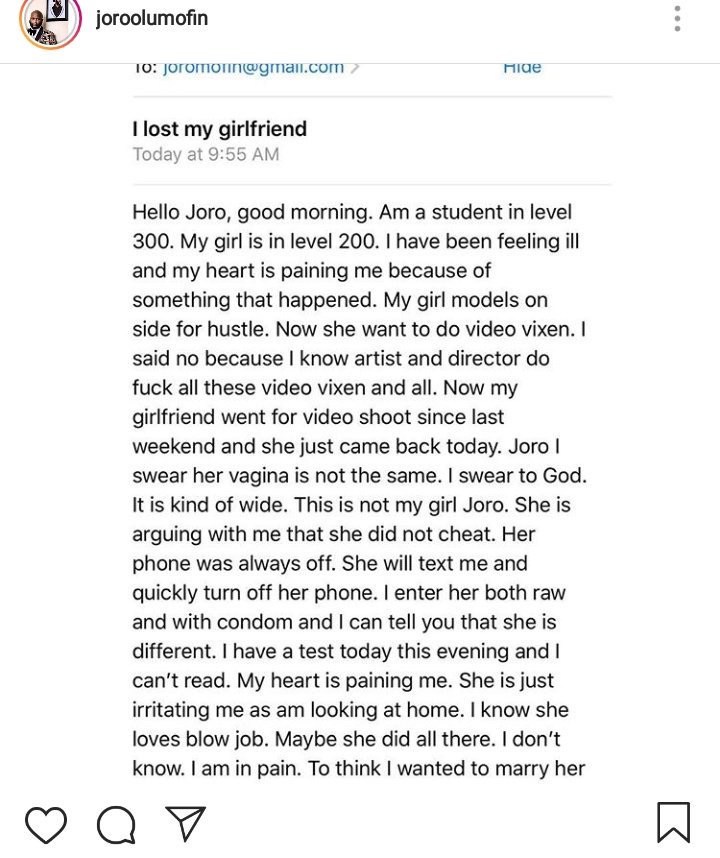