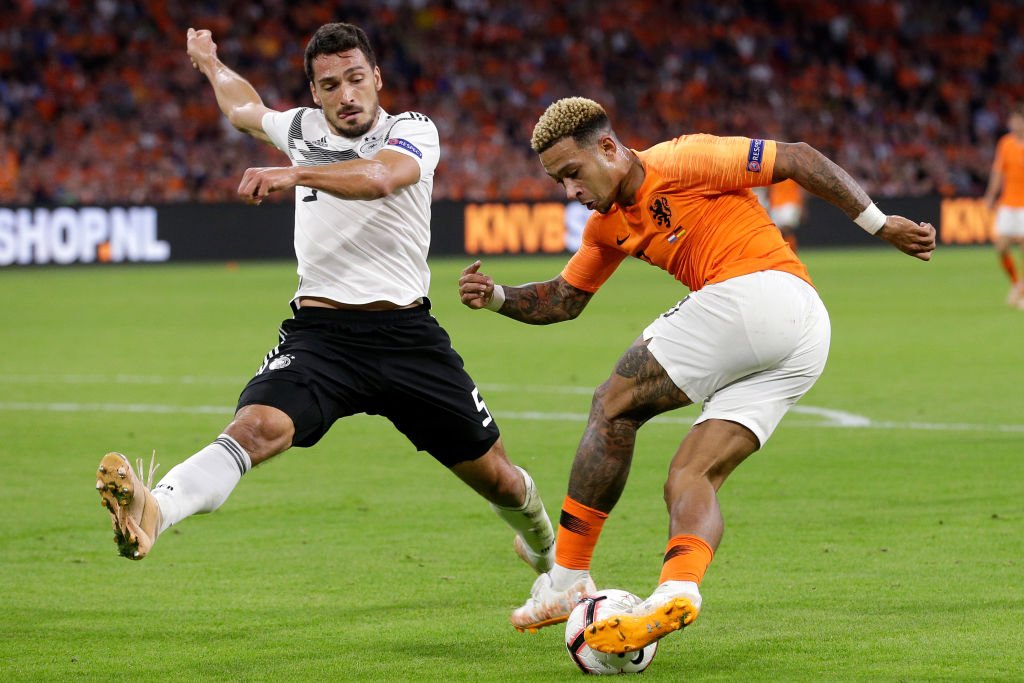 Netherlands piled more misery on Germany by thrashing them 3-0 at Amsterdam in their second match of the on going UEFA Nations league tournament. The dutch had prior to the match not beaten then Germans in 16 years but they seemed on course to break the jinx when Liverpool’s defender, Van Dijk, found the back of the net from a rebound in the first half.

Ronald Koeman’s side survived some second-half pressure before former Manchester United’s winger, Memphis Depay, doubled their lead in the 86th minute. The impressive winger also laid an assist for Liverpool’s midfielder,  Georginio Wijnaldum to make it 2-0 and sealed an emphatic win. Amazing isn’t it???

Football fans have been impressed with the Lyon’s winger display as they took their turns to react on social media.

depay finally gets the goal his performance deserves.

Liverpool have been scouting this kid. Buyer beware though. Depay a warning https://t.co/dfiOKF16IM