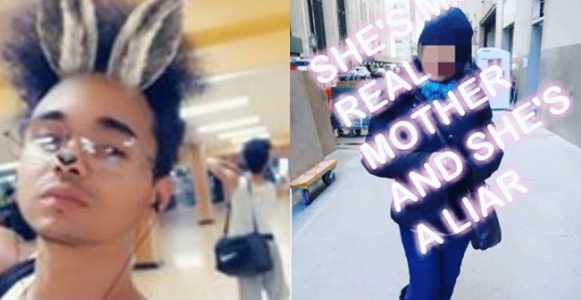 A Nigerian man has taken to social media to call out his mother who he tagged a liar, a manipulator and a home breaker.

Although the young man did not state his reasons behind the public humiliation of his mom, however the post he shared came with the caption ‘she’s my real mother and she’s a liar’.

“If you ever see this woman, just know she’s responsible for a broken home, a broken man, a broken family, and author of family manipulation.”

This is coming after we reported that a Nigerian man, Darren Idongesit took to Facebook to share his excitement over his father’s death, which he said is a ‘wonderful news’.

According to the Nigerian man, his father who he said is Pastor was also a “Nigerian psychopath” who successfully pissed off everyone in the world. He added that his father left him with physical and emotional scars.