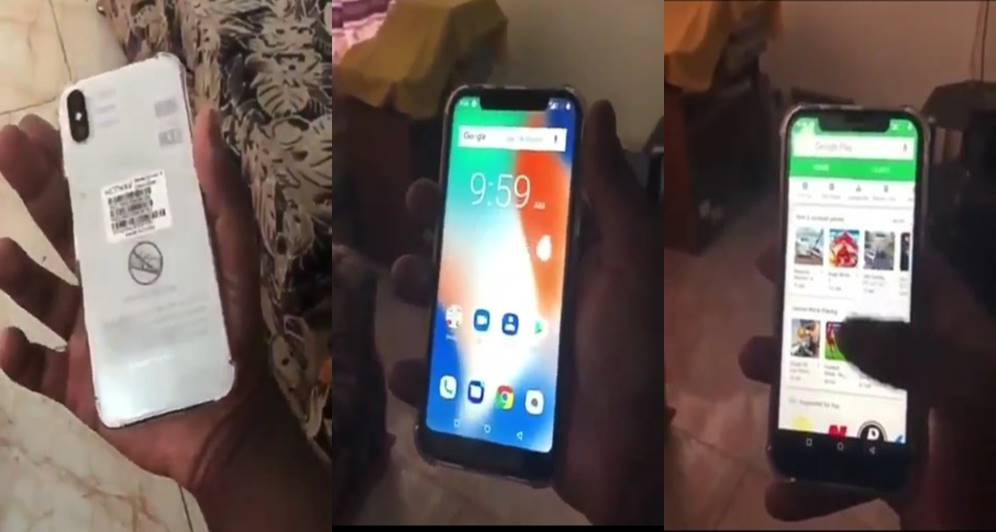 A yet to be identified Nigerian man has been left devastated after founding out that the brand new iPhone X he purchased was filled with android features.

while inspecting the phone with his friend, they discovered that the new iPhone had the android home button and even had the play store app amongst other android

The source of the phone is yet to be ascertained.

Watch the hilarious video below;