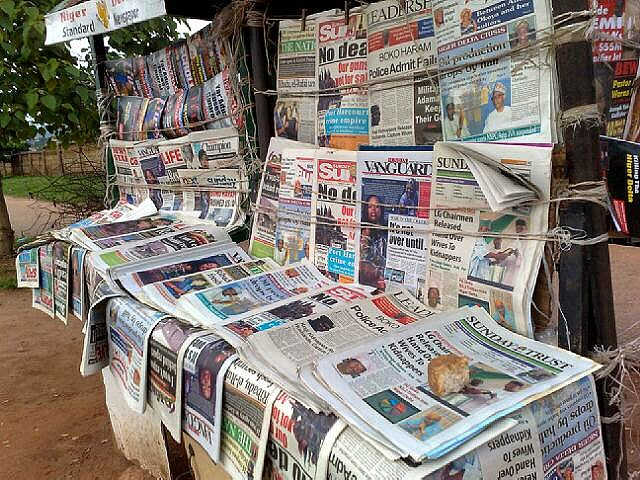 TWO persons were, Saturday, reported dead at Bomadi, Delta State, when a commercial bus heading to Bomadi from Ughelli, lost control and rammed into a provision shop along the road.

Despite Buhari’s Apparent Qualification to Run in 2019, PDP Heads to Court

In spite of the clear provisions of the 1999 Constitution as amended that show that President Muhammadu Buhari is qualified to run for the nation’s presidency, the main opposition party, the Peoples Democratic Party (PDP) said yesterday that it would challenge the president’s suitability in court.

The stage is now set for a total shutdown of the Nigerian economy as the nation’s Organised Labour last week vowed to commence a nationwide strike November 6, to press home a demand for a new national minimum wage for workers.

The deputy national publicity secretary of the All Progressives Congress (APC) Mr Yekini Nabena, has lashed out at former President Olusegun Obasanjo and his erstwhile deputy, Atiku Abubakar over the capacity to beat President Muhammadu Buhari in an integrity contest.

The Peoples Democratic Party (PDP) in Lagos has reached out to members of the ruling All Progressives Congress (APC) to join what they describe as the struggle to free the state from one-man leadership.

President Muhammadu Buhari has extended heartfelt condolences to the Anenih family on the death of its beloved patriarch and elder statesman, Chief Anthony