IPOB leader, Nnamdi Kanu who resurfaced in Jerusalem after one year of no communication, was featured on Israeli National TV, today. 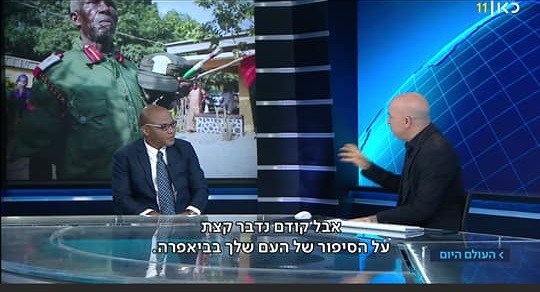 Meanwhile, Kanu has said the Nigerian government spurned the demands he made after he was released from prison over a year ago.

“I told them, that I want them to open Igweocha seaport, Port Harcourt,” Nnamdi Kanu, who leads the Indigenous People of Biafra, said in a message posted to Radio Biafra’s Facebook page on Sunday. 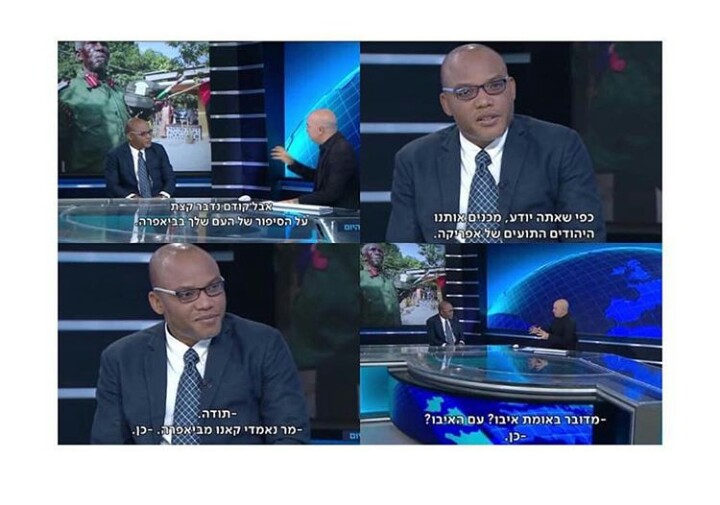 “I ask them to open Calabar seaport and Warri Seaport, I did this in writing and gave it to them, I told them to dredge River Niger, allow the direct international flight to Europe and USA from Enugu, Igweocha and Calabar airport.”

Kanu said he also demanded the release of former Nigerian security adviser Sambo Dasuki and the Shiites leader, Ibrahim El-Zakzaky and the investigation of “the mass murder of IPOB family members at Onitcha, Nkpor, Aba, Enugu, Igweocha, Umahia and Asaba.”