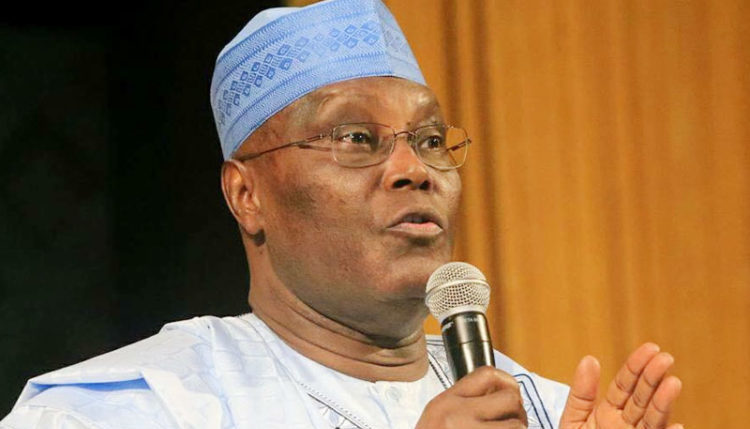 The Arewa Youth Integrity Forum (AYIF), a group of youth in the north, has urged Atiku Abubakar, presidential candidate of the Peoples Democratic Party (PDP), to distance himself from Femi Fani-Kayode, a former Minister of Aviation.

Adamu Adamu, AYIF National President, said this in response to the claim by by Fani-Kayode that Nnamdi Kanu, leader of the proscribed Indigenous People of Biafra (IPOB), had agreed to work against the re-election of President Muhammadu Buhari.

Fani-Kayode had said Kanu had agreed to work with him against President Muhammadu Buhari, although Uche Mefor, Kanu’s deputy, denied the claim.

The youth group vowed to work against Atiku, noting that his alliance with Fani-Kayode and the pro-Biafra leader would destabilise Nigeria. It also said Atiku would lose the support of youth in the North if he fails to distance himself from politicians heating up the polity.

A statement by the AYIF read: “AYIF has followed with concern the reappearance of the wanted leader of the Indigenous People of Biafra (IPOB), Nnamdi Kanu and the invitation to anarchy by one of those standing trial for corruption, Femi Fani-Kayode (FFK), who disclosed that Kanu has agreed to work for the Peoples Democratic Party (PDP) in the forthcoming elections.

“We find it odd that Fani-Kayode, who had alleged a military abduction and assassination of Nnamdi Kanu, did not deem it proper to apologise to Nigerians for his lies but simply pretended as if he never made such outlandish claims and switched to talking political alliance. His comments placed the lives of some persons at risk and pushed the entire country to the edge of a meltdown. His lack of remorse shows that it is something he will attempt again in no distant time.

“Prior to jumping bail, Kanu, with his followers, had consistently referred to Nigeria as a zoo and the citizens as animals that do not deserve to live. His inflammatory provocations got to a point where Nigerians were angered to a point of issuing quit notices against each other along ethnic lines even as Kanu’s IPOB continued to call for the disintegration of the country. It, therefore, borders on insanity for the same Kanu to reappear today and be declaring to be part of the nation’s political process without first renouncing his separatist stance and demand for violence against Hausa/Fulani.

“We recognise that Fani-Kayode and Kanu are running their personal battles against substance abuse, but our empathy cannot extend to the willful choice to demonide other ethnic groups and call for violence against them. The alliance they are talking about is nothing but trying to create a publicly acceptable platform for their hate mongering. They have nothing good to offer Nigerians. Ordinarily, the alliance between the duo do not bother us in the least, since the leading candidates in the race for presidency are from the north; but we find it repulsive that men who have not properly proven themselves as being free of mental illness are jostling to take leading role in how Nigerians decide.

“One of them is standing trial for treason and the other is on trial for capital corruption, so they have the incentives to deliberately cause provocations that will destroy the country and ensure that Nigeria no longer exists as a country to conclude their trial. We, therefore, warn the PDP presidential candidate, Alhaji Atiku Abubakar that he risks losing the support of Arewa if he associates his campaign with Femi Fani-Kayode and Nnamdi Kanu, who have both repeatedly declared their disdain and hatred for Nigerians from the northern parts of the country.

“We find it abominable that Fani-Kayode who sees Arewa as a plague and Kanu who sees us as animals can today be attempting to hitch a ride on Atiku Abubakar’s PDP ticket when they still hold steadfastly to their genocidal views against Hausa/Fulani. If they successfully hitch the ride they seek, then we will rather mobilize for the person the PDP is seeking to unseat.

“Alhaji Atiku Abubakar and the PDP must immediately formally distance themselves from FFK and Kanu failing which AYIF will be compelled to mobilize other Arewa youth groups to express their displeasure with the PDP.”