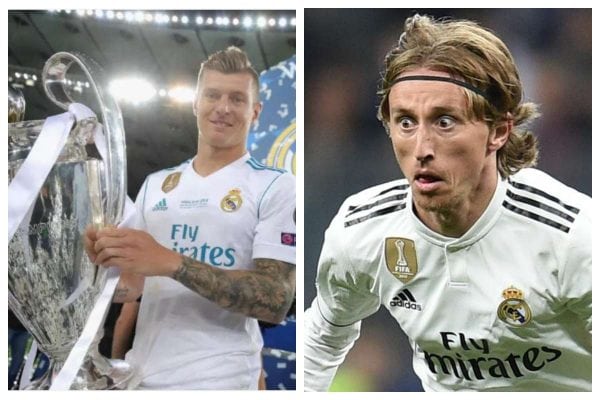 Spanish giants, Real Madrid have now become the richest club in the world for the year 2018.

After winning a third consecutive Champions League in May to take their tally to 13, the Madrid giants banked revenues of an astonishing £659m in 2017-18 thereby beating Manchester United and rivals Barcelona.

That represented a rise of £60m from the previous year, when they had fallen narrowly behind United in the revenue list.

But with United’s latest figures showing a slight fall to £590m, to add to their on-pitch woes under Jose Mourinho Real have streaked ahead of the Old Trafford club.

Manchester United drop to third in the list of richest clubs

Barcelona, too, who reported figures of £602m, are above United and in second place.

Not much to worry for the red devils, though they dropped off the pace set by Spain’s big two, they remain comfortably the best-placed English side.

While Arsenal, Chelsea and Liverpool are yet to report their latest figures, they were all way adrift of United in 2016-17.

And United’s only real financial rivals, Manchester City, have already confirmed their revenues rose in 2017-18 from £463m to a club record £501m.