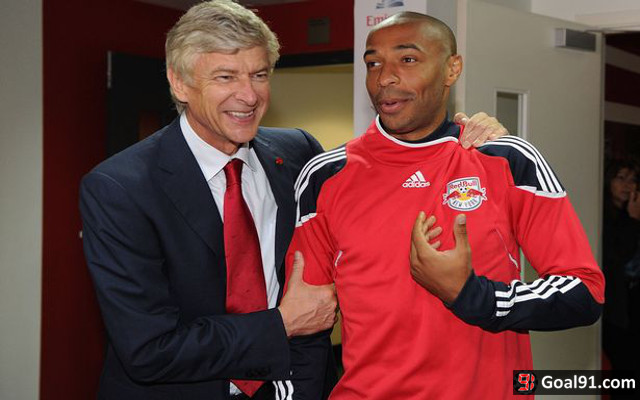 Following the sack of former Monaco’s coach. Jardim Low, last week, Thiery Henry was announced as the new head coach of the 2016/2017 Ligue 1 winning side, As Monaco. The French man who started his football career with Monaco was prior to the appointment, one of  the coaching crew of the high flying Belgian side.

He will now take charge of his match for Monaco when they travel to take on Strasbourg on Saturday, October 20 in the Ligue 1.

His former Coach, Arsene Wenger, whom he played under during his days at Arsenal, warned him this morning that there are so much pressure about managing a football team and that he needs to keep his calm.

See the other things he said below:

Good choice, he has a lot of credibility

“He is very intelligent and understands football.

“Like a lot of players on this high level, he has all the ingredients. Of course you always need a little luck and a good attitude.”