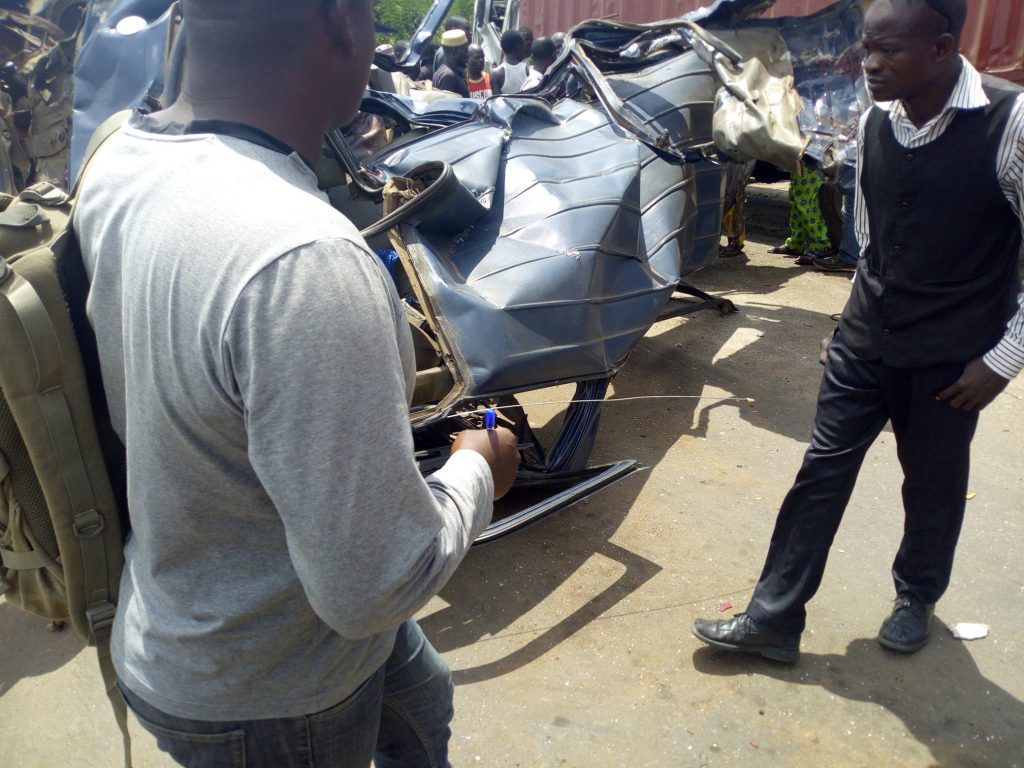 A social media user, @ME_MiDe on Twitter, has revealed how a truck with failed breaks killed over 20 road users on Thursday at Akure/Ilesha expressway.

According to his account, the number of victims would have been minimal if the Nigerian police hadn’t setup a road block around that area, collecting cash, in the name of conducting stop and search.

“I witnessed an accident yesterday that killed over 20 people, guess who caused it, Nigerian police. They Stopped vehicles because of N50 and a trailer with a failed brake crushed these people. Am still in shock… 😭😭.
Retweet ooooo, they need to know the real truth…. ”

He also condemned PUNCH reports which had it that the victims were 14.

There was a stand still for hours, trust me no media team came around, now punch newspapers @MobilePunch is saying Rubbish news…
About 6 vehicles were crushed.. 14 people what? . What are saying?? pic.twitter.com/FPOqwYZ3Ot